You are here: Home / Education / The terrestrial atmosphere has a high concentration of ammonia 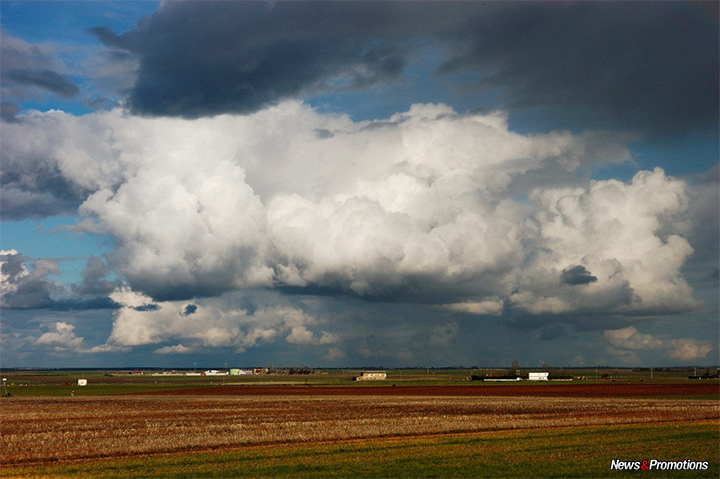 A team of scientists from Mexico, USA and Germany announced the discovery of a significant concentration of ammonia in the terrestrial troposphere, according to a material published in the last edition of the magazine Atmospheric Chemistry and Physics, informs Live Science. The detected ammonia is concentrated in particular at the superior level of the troposphere above China and India, countries which have been passing in the recent years through periods of demographic and economic boom. The ammonia probably comes from animal farms and from the fertilization actions of the agricultural lands of these two countries, according to the people scientists. The plants need ammonia to grow, but a high level of that gas can affect the human health and the environment.

According to this study, the presence of this gas into the atmosphere may have a beneficial effect: the ammonia stimulates the process of the cloud formation and can therefore act as a veritable cooling agent, partially compensating for the effect of the global warming resulting from the pollution caused by gases with greenhouse effect. From now on, the computerized models regarding the evolution of the climate changes will take into account the presence of the ammonia in the atmosphere. The researchers analyzed the data obtained from satellites in different geographic regions, at the top of the troposphere, in the period June 2002 – April 2012 and calculated the average of the ammonia concentration at intervals of three months. They found the existence of the ammonia in the atmosphere at altitudes between 12 and 15 kilometers above Asia, in the monsoon period.

In this region, they identified a concentration of the ammonia of 33 molecules of ammonia in a trillion molecules of air. The ammonia may act as an aerosol, microscopic particles suspended in the air, which often have the function of the clouds ‘seeds’, water drops forming around such particles.

When it comes to ransomware, you don't always get … END_OF_DOCUMENT_TOKEN_TO_BE_REPLACED

Peyton Carr is a financial advisor to founders, … END_OF_DOCUMENT_TOKEN_TO_BE_REPLACED