You are here: Home / Business / The downfall of a video startup company after false Will.i.am and Richard Branson claims 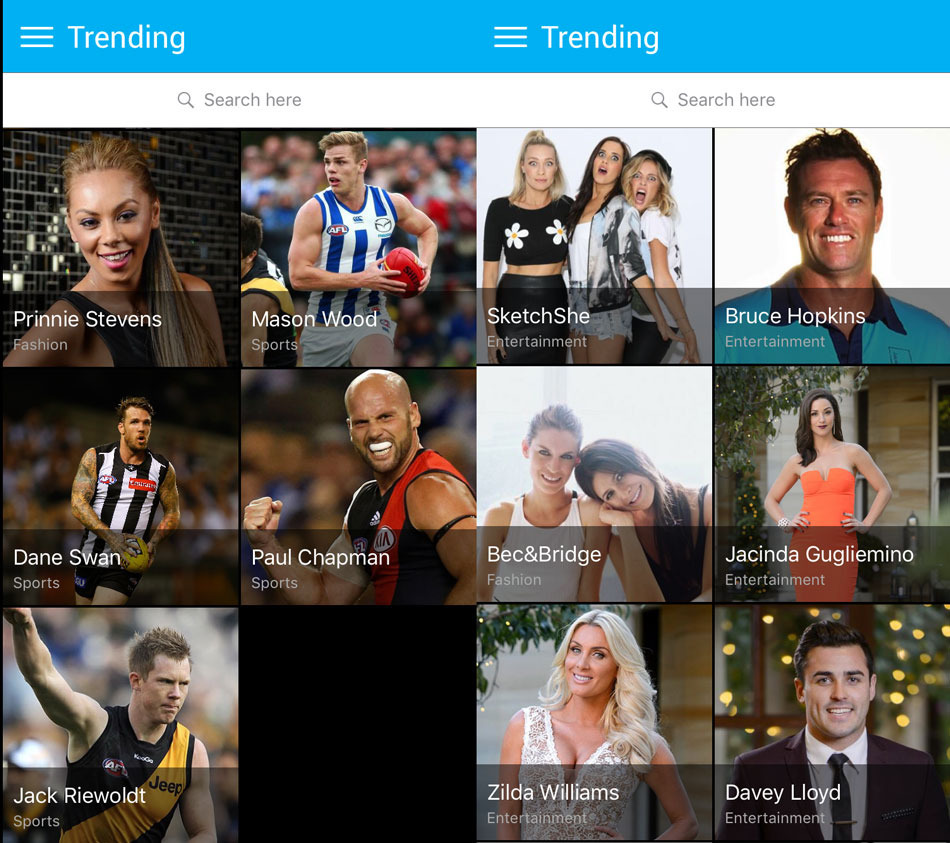 The founder of an Australian startup that claimed to have Will.i.am and Richard Branson signed up to their video app has denied acting fraudulently and said the press had treated him unfairly.

Sociabl, which proposed to set up one-on-one video calls with celebrities for a fee, was founded in South Australia by Brandon Reynolds and Jarrad Hrotek, both in their early 20s. According to Sociabl, half the fee would go to charity.

A press release sent from PR agency Markson Sparks to media on Jan. 10, 2016 claimed celebrities from 5 Seconds of Summer and Will.i.am would be available for video chats with their fans. A number of the famous names listed have denied their involvement to Mashable Australia.

As of Tuesday morning, all that remains of the company’s website is the landing page, and the app appears to have been taken down from Apple’s App Store. Reynolds told Mashable Australia they were taken down so they could first clear up misconceptions about the app.

On Monday, the day the app officially launched “aboard the multi-million dollar superyacht Masteka II,” as their press release claimed, Sociabl’s story had started to unravel. First up, co-host of the Channel 9’s the Today Show, David Campbell, grilled Reynolds regarding the claim he and his father, musician Jimmy Barnes, were involved.

Campbell told Reynolds he and his father had no knowledge of the app. “My name came up on the app, and I was like — I’ve never heard of this app,” Campbell said. “You’ve used a couple [of celebrities] there as advertising, very public advertising, who didn’t really know anything about it.”

Reynolds told Mashable Australia he had been in touch with Jake Challenor, CEO of Social Family Group, about having Barnes and Campbell on the app. He claimed that Challenor told a Sociabl employee in a January phone call to go ahead and add the two men to the app. Challenor has been approached for comment, as has Campbell.

When Reynolds said Will.i.am was “ready to go” as part of an April launch on the show, Campbell said he had reached out to Will.i.am’s U.S. management, who similarly denied it. Reynolds told Mashable Australia he had been working with Polo Molina, whose LinkedIn page says he is the artist’s manager, to get Will.i.am on board in April. In an online statement, he cited as proof an email Molina had sent inviting Reynolds to a party thrown by Will.i.am’s charity, I.am Angel.

Will.i.am’s team have been approached for comment. Universal Music Australia has also been approached regarding claims Justin Bieber’s team were in negotiations with Reynolds and the claim 5 Seconds of Summer was on board for launch.

Along with the high-profile musicians, Virgin founder Richard Branson was listed as a celebrity who it would cost A$100,000 (US$68,850) to call, according to reports. In an email to Mashable Australia, Branson’s spokesperson said permission was not granted, “nor was a detailed proposal submitted by Sociabl with regard to securing Sir Richard Branson’s involvement with the Sociabl app.”

Reynolds forwarded Mashable Australia emails that showed Sociabl has been in touch with Branson’s assistant in an attempt to discuss the opportunity, but did not show the entrepreneur had agreed to be involved.

Australian celebrity chef Pete Evans, who was named on Markson Spark’s press release, also told Mashable Australia he had been approached but had declined to get involved.

Reynolds maintained Branson and Will.i.am’s tacit involvement. “Correct, they will be on board [for Sociabl’s U.S. launch in April],” Reynolds said, “but never did we claim for one second or ever try to sell a video call with these people on our app.”

Reynolds said while he could understand why people would be confused by press releases claiming such celebrities were on board, what he couldn’t understand were the “blatant untruths” coming from Campbell and Channel 9.

One such claimed “untruth” was that two government ministers had never heard of the app. The January press release claimed both the Minister for Industry Christopher Pyne and Leader of the Opposition Bill Shorten would be attending Monday’s launch event on Sydney Harbour. Pyne’s office told Mashable Australia the minister did not attend the event, and Shorten’s office said while the minister had received an invitation, he had declined.

Shorten did, however, send a written message to be read at the launch. Something the minister’s spokesperson said was “standard” for events he is unable to attend.

According to Reynolds, some of the misconception came about because of the press releases sent by his publicist, Max Markson. “He is no longer our publicist,” he said, but added he had not fired Markson or been let go by the agency. “I have not fired him as of yet, but I can imagine we’ll be parting ways.”

Markson told Mashable Australia the press releases were based off information given to him by his clients. “I’ve been in business since 1982, and I can only work off the information my clients give,” he said. Nevertheless, he voiced support for Sociabl. “I think the idea is fantastic and there just needs to be some dotting of the i’s and crossing of the t’s,” he added.

Sociabl, which has been featured many times in the Australian press, has made a number of other claims that don’t fully check out.

On the Sociabl website, for example, the logos of six Australian charities are featured prominently: Make-A-Wish, White Ribbon, RSPCA, Beyond Blue, Red Cross and Motor Neurone Disease New Zealand. Make-A-Wish, Beyond Blue and the Red Cross all told Mashable Australia via email their charities had no association with Sociabl. The other three charities have been approached for comment.

Reynolds said that when he’s in Los Angeles or London, he “runs casual memberships” meeting people in both those offices. UK and U.S. contact numbers redirect back to his Adelaide office, he added.

In an article about the app on StartupSmart, Reynolds said while looking to launch the app, he had reached out to every member of the BRW Rich 200 List. “The first reply came from Xero CEO Rod Drury who seemed positive,” the outlet reported. A spokesperson for Drury told Mashable Australia the executive had never heard of Brandon Reynolds.

When questioned about the anecdote, Reynolds clarified that he had emailed Craig Winkler, the founder of software company MYOB and investor in Xero. Emails he forwarded to Mashable Australia showed Winkler’s assistant had emailed Reynold’s to say Winkler would be unable to take his call.

In a press release sent to reporters in October, the app claimed to have more than 30 Australian sports stars on board, as well as other celebrities. As of Tuesday morning, only 13 remain listed on the app. Via email, Brandon said as of Tuesday afternoon, the list was dwindling and he was unable to provide the contracts of those remaining for Mashable Australia to sight.

In the October press release, the app claimed it had raised more than A$150,000 (US$103,275) “from a variety of Australian and International investors including Brandon’s own family.” Simon Reynolds, father of Brandon and managing director of the Yoghurt Shop, told Mashable Australia Tuesday he had nothing to do with Sociabl. He said he had not even seen the app.

In the January release, the app also claimed the startup was worth A$9 million (US$6.1 million), but it has not yet supplied the requested documentation of the large figure to Mashable Australia. Reynolds said the startup no longer has eleven employees, as it let three go yesterday, and it is likely to fire two more soon.

When asked if he was afraid of being sued for implying endorsement of his app by celebrities, Reynolds said the app had never gone so far as to host the likenesses of Branson of Will.i.am on the app, or allow people to pay for a calls with him. “We never did try to fraud money of people,” he added.

“We’re not claiming to be this pristine bubble, but we are claiming not to be this scum of the Earth fraud that is being blasted online,” he said. “We’ve come from good families in Adelaide, we’re only human.

“Hindsight, if everyone had it, it would be a beautiful thing.”

When it comes to ransomware, you don't always get … END_OF_DOCUMENT_TOKEN_TO_BE_REPLACED

Peyton Carr is a financial advisor to founders, … END_OF_DOCUMENT_TOKEN_TO_BE_REPLACED