You are here: Home / Featured / The Mysterious Syndrome In Which Healthy People Can’t Recall Their Past 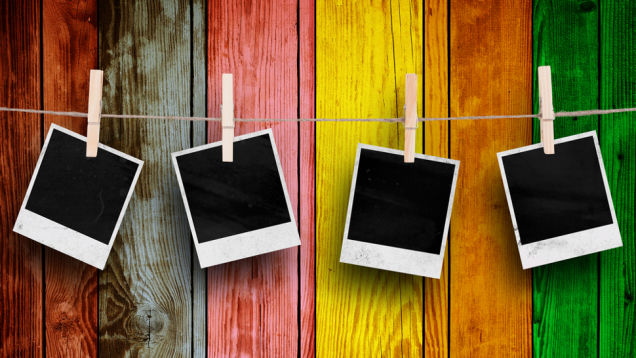 The authors of a recent study published in Neuropsycholgia say they’ve identified a new syndrome characterized by the inability to re-live previous experiences. It sounds a lot like amnesia, but people with this rare condition are otherwise healthy and have no history of brain damage or psychological trauma.

Most of us have no difficulty transporting our thoughts back in time to recall an event. We remember such details as who we were with, what the weather was like, and what clothes we were wearing. This important capacity, called autobiographical re-experiencing, is what helps us construct our life narratives.

As reported in BPS Research Digest, however, this capacity eludes an extremely small minority of otherwise healthy people. Called Severely Deficient Autobiographical Memory (SDAM), the proposed syndrome describes an impaired ability to re-experience the past, particularly as it pertains to episodic — and especially visual — memories.

A team of cognitive scientists led by Brian Levine from the University of Toronto studied three individuals with the condition. It’s an excruciatingly small sample size, but the extent of the condition is not yet known. Each of these subjects are high functioning adults with steady jobs — yet they cannot recall and re-live past events from a first-person perspective. Their learning and memory abilities are otherwise normal, so long as tasks don’t require the use of episodic memory, i.e. a person’s unique memory of a specific event.
“Even though they can learn and recall information normally and hold down professional careers, they cannot re-experience the past with a vivid sense of personal reliving. It’s as if their past was experienced in the third person,” noted Levin in a statement.

To get by, individuals with SDAM rely on what the researchers call “intact non-recollective memory,” which can include rehearsed factual knowledge about themselves or others.
“There is a lot that we can accomplish with these skills, which are also part of normal memory function,” said Levine.
For the study, the three individuals were put through a series of tests to assess their intelligence, memory, and mental performance. Of interest to the researchers was the observation that all three subjects fared poorly on a task requiring them to draw a complex figure from memory — an important clue linking impaired visual memory with autobiographical memory.
BPS Digest explains more:

From a subjective perspective, the impaired participants described their own memories of past events from both distant and more recent times as almost completely lacking a first-person perspective or involving any sense of “re-experiencing”. They also struggled to imagine future events, consistent with the idea that memory and future imagination involve shared mental processes.

Brain scans revealed no traces of brain damage or illness, but the right-sided hippocampus — an important area for memory — was slightly smaller in those with SDAM. The researchers are reluctant to refer to the newly described syndrome as a type of “developmental amnesia” which is characterized by a dramatic reduction in brain volume related to memory.
The researchers conclude their study by encouraging more research, while also describing some of the limitations to their work:

Our goal was to describe the SDAM cases׳ cognitive syndrome and associated neuroimaging findings in as much detail as possible in order to stimulate further research on the nature of individual differences in episodic [memory], yet the use of a small sample and a large number of statistical comparisons means the present findings should be interpreted cautiously. Moreover, there are many unanswered questions about SDAM. There is no evidence to support a neurological or psychiatric explanation for our findings. Although SDAM appears to be developmental in nature, neither the history nor the neuroimaging findings are consistent with a classic developmental amnesia syndrome.

Source: io9 The Mysterious Syndrome In Which Healthy People Can’t Recall Their Past | Top image by Merydolla/Shutterstock.

When it comes to ransomware, you don't always get … END_OF_DOCUMENT_TOKEN_TO_BE_REPLACED

Peyton Carr is a financial advisor to founders, … END_OF_DOCUMENT_TOKEN_TO_BE_REPLACED