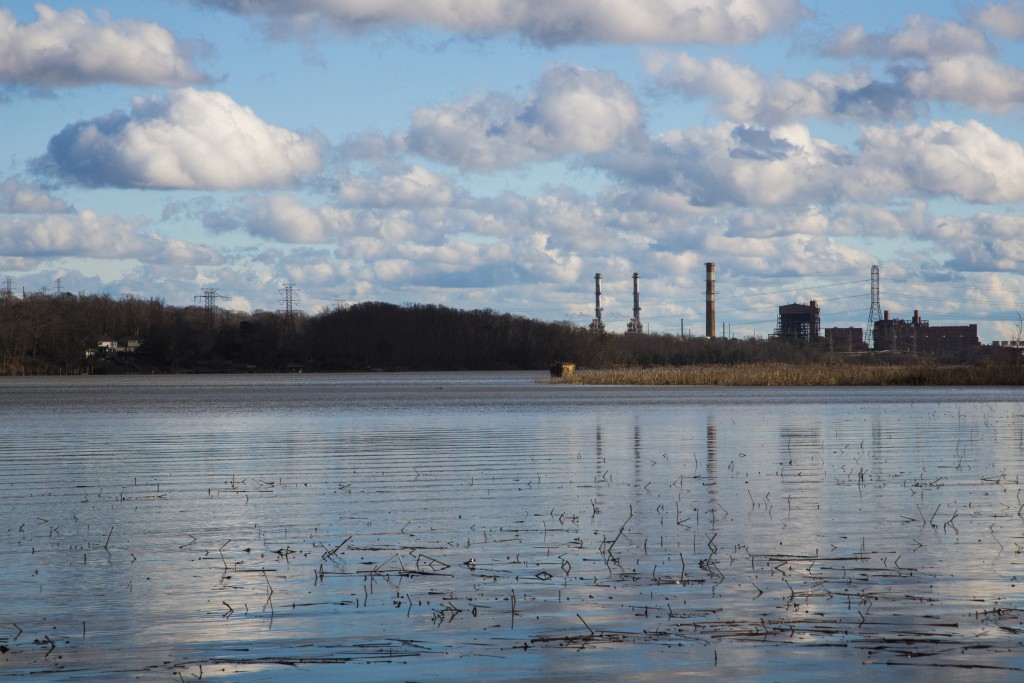 The Possum Point Power Station will transfer millions of gallons of treated water from toxic coal ash ponds into Virginia’s Quantico Creek if the state water board decides Thursday to allow Dominion, an energy company, to do so. The same could happen in the James River with another Dominion owned facility.

From their spacious living room, Taya Barnett and her husband Donald could look out the window Sunday afternoon and see Virginia’s Quantico Creek in all its grandeur. It was rainy but pleasant. Droplets fell here and there on the back porch. All while the blue sky revealed itself through the clouds that reflected on waters that flow through the largest protected natural area in the D.C. metropolitan region, as it reaches the Potomac River.

“We just love it here,” said Mrs. Barnett, who alongside her husband has been enjoying old age by the creek for two decades.

But pretty as it is, Quantico Creek has been battered over the years by a great deal of man-made harm. Mining, silting from development, an invasive plant species and reportedly years of chemical leaching from a power station have scarred this 13-mile tributary that’s nonetheless home to myriad birds, fishes, and other wildlife. Human fallout on the creek isn’t finished, however, as it now faces a new source of contamination: coal ash polluted water.

On Thursday, the Virginia Water Control Board will rule on whether Dominion Virginia Power, owner of the Possum Point power station located next to Quantico Creek, can divert millions of gallons of water from its coal ash ponds into the creek. The creek joins the Potomac River just upstream from Quantico Marine base, where thousands of Marines train in and out of the water every year. That same day the water board will rule on a similar Dominion request for its Bremo Power Station, Virginia’s oldest coal-fueled energy plant, located by the James River. Dominion wants to use it as a wastewater site.

Michael Pace, an aquatic ecologist from the University of Virginia, said in an email that it is well known that coal ash contains toxic materials, especially heavy metals. “These metals can be harmful to aquatic life. Some of them accumulate and biomagnify in food chains.”

The Dominion plan includes: draining water sitting on top of the ash, treating it under specifications provided by the state, and releasing it following state Department of Environmental Quality (DEQ) prescribed limits. The ash that remains will still hold a considerable amount of water. That ash would need to be dewatered, following the treatment process approved by the DEQ. Bremo has 357 million gallons of coal ash water in three coal ash ponds, according to figures provided by Dominion. Possum Point has 244 millions in one pond that holds coal waste generated over decades.

The company said the DEQ’s discharge permit will set limits on how much coal ash water it can release into the river. “We won’t know that amount until the permit is finalized,” said Robert Richardson, a Dominion spokesman, to ThinkProgress. Dominion also said stakeholders shouldn’t be concerned as “the wastewater discharged will be treated in a fashion similar to how municipal wastewater is treated before it is discharged.”

Coal ash, which contains hazardous chemicals like arsenic, lead, mercury, and others, is the byproduct of burning coal for heat or energy. It’s also the second-largest form of waste generated in the United States and is regulated similarly to household garbage. For decades energy companies dumped it into ditches before filling these holes with water. Usually unlined, these coal ash ponds or lagoons have been known to leak and up until 2014 they were federally unregulated.

Under the EPA’s Coal Combustion Residuals rules, new coal ash pits must be lined, while hundreds of old, unlined pits must be cleaned up — but only if they are found to be actively polluting groundwater, and only if they are attached to an active power plant. Groups have said leaching has happened in Quantico Creek and Bremo.

Dominion said in a statement that it’s closing coal ash ponds in compliance with standards set by the state and the EPA. It explained it wants to close its coal ash ponds at Possum Point, Bremo, and two other sites in Virginia. And while those plants have switched away from coal, the remnants of 50 years of relentless burning is for many a toxic risk that’s been mishandled.

For several months nearby residents, environmentalists, and organizations have been at odds over these permits. Dominion considers the the draft permit strict, but critics say the state Department of Environmental Quality is being too lax with the amount of pollutants that can be discharged.

“At both sites our concern is that those limits aren’t stringent enough,” said Greg Buppert, senior attorney from Southern Environmental Law Center (SELC). The group has been working with partners for months to make the draft more rigorous. Their efforts have been successful as the revised draft permits released late last month placed stronger limits than before, but the SELC and others say this isn’t enough.

A similar permit in North Carolina that applied discharge limits based on so-called best available technology allowed arsenic concentrations of 14.5 milligrams per liter, Buppert explained to ThinkProgress, while at Possum Point the limit is 15 times higher. “It’s significant and dramatically different and we think the state is frankly misreading and misapplying the Clean Water Act.”

“Some treatment will be required, but not the level of treatment that should be required,” said Brad McLane, the SELC senior attorney working on the Bremo case. “If you can treat the waste in North Carolina, the wastewater down to 15 micrograms per liter, you can treat down to that level in Virginia too.”

The DEQ did not respond to questions as of publication. But according to the agency’s draft permit documentation, its staff believes the proposed limits in both cases won’t exacerbate current water quality. “Discharges from Bremo Power Station have been ongoing for over 50 years,” a DEQ document reads. “Dewatering discharge and the quality of the wastewaters to be discharged during this upcoming permit term are not expected to be significantly different from what was discharged historically at Bremo Power Station when it was actively burning coal.”

DEQ staff also said in documents that they lack the authority to “arbitrarily prescribe treatment technology requirements,” since not even the EPA came up with a rule when it was designing the coal ash pond mandate. So “while it may be possible to treat the effluent to drinking water quality, DEQ does not have the authority to impose this requirement on the permittee,” a DEQ response to public comments reads.

SELC attorneys dispute that, and said they’ll likely appeal if the permits are approved.

It’s still unclear when Dominion will start dewatering the coal ash ponds if they get the water board’s blessing. The discharge would likely take several months. This process would moreover mark the beginning of capping and closing these coal ash ponds in place, which would require another permit and is equally controversial.

If so-called “cap in place” takes place, environmentalists say decades of the much more hazardous coal ash would be left in mostly unlined ponds in close proximity of water. “Capping in place is not going to be protective of water quality,” said Pat Calvert, Upper James Riverkeeper. “The only way to truly protect the river is to ensure that these unwanted ponds don’t leak. And the only way to do that is to excavate them and to move that ash to dry lined storage away from water bodies.”

But the cap in place fight has yet to officially begin. In the meantime, residents like the Barnetts plan to attend Thursday’s meeting as they brace for the possibility that millions of gallons of partly treated coal ash water will end up in their nearby creek. “I think it’s darn scary, I really do,” said Barnett. “That’s all we need, more dumping of stuff in the Potomac and Quantico Creek.”

When it comes to ransomware, you don't always get … END_OF_DOCUMENT_TOKEN_TO_BE_REPLACED

Peyton Carr is a financial advisor to founders, … END_OF_DOCUMENT_TOKEN_TO_BE_REPLACED