You are here: Home / Entertainment / The Simpsons Predicted Star Wars and The Road Chip in 2009 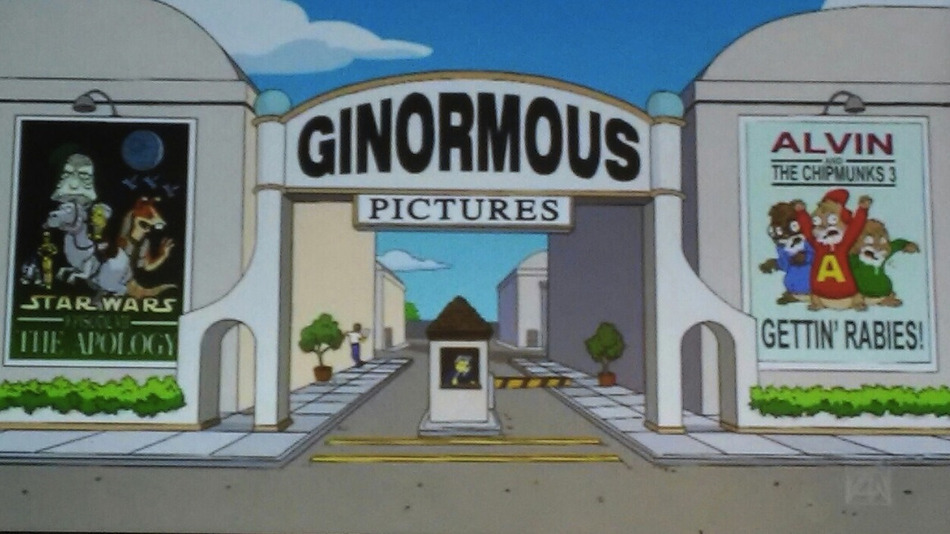 Writers for The Simpsons have always had a knack for foretelling the future. From Donald Trump running for office to NSA wiretapping, the show’s prophetic skills are point — and, as it turns out, it even correctly predicted the continuation of the Star Wars franchise.

As Imgur user getsomestarbs has astutely pointed out, a still from the Simpsons episode “Homer the Whopper,” which aired in 2009, features a shot of a fictitious Hollywood production studio called “Ginormous Pictures”.

On either side of the grandiose entrance are movie posters for both a Star Wars sequel (hilariously entitled The Apology) and an Alvin and the Chipmunks sequel (appropriately named Gettin’ Rabies!).

And, lo and behold, on the weekend of December 18, in 2015, both Star Wars: The Force Awakens and Alvin and The Chipmunks: The Road Chip were released into the universe.

Our minds = blown. Huge props to episode writers Seth Rogen and Evan Goldberg on this one.

When it comes to ransomware, you don't always get … END_OF_DOCUMENT_TOKEN_TO_BE_REPLACED

Peyton Carr is a financial advisor to founders, … END_OF_DOCUMENT_TOKEN_TO_BE_REPLACED