You are here: Home / Business / The World’s Coming Broadband Divide 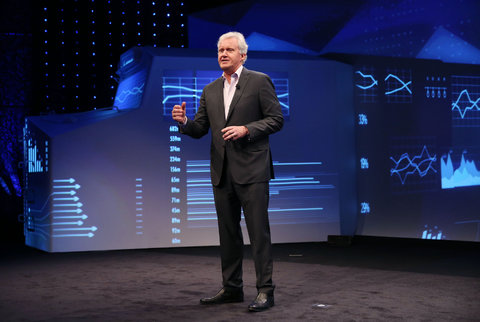 Jeffrey R. Immelt, General Electric’s chief executive, in New York last October. “Bandwidth is a huge factor for productivity,” he said recently. Several events last week pointed out how much business success, economic development and even international competition is starting to depend on once unimaginably fast Internet speeds.

On Tuesday, Charter Communications announced that it would spend, in two separate deals, a combined $67.1 billion to buy Bright House Networks and Time Warner Cable. A big reason for the deal was the opportunity to offer faster online services.

People will watch ultrahigh-definition television programs in one room, the argument runs, while broadcasting interactive video games in another and using a high-speed Wi-Fi terminal in a third. You can charge a lot for providing that kind of capability.

On Thursday, the Federal Communications Commission circulated a plan underscoring that broadband is not just a game. The F.C.C. wants to include broadband in a $1.7 billion program that subsidizes landline and mobile phone services to 12 million households in the United States.

Fast Internet, the F.C.C. is saying, has become as essential as having a phone to call the fire department. And not having it means more than missing out on the latest “House of Cards” episodes on Netflix.

More education now involves watching videos, and much work is shifting to things like Internet-connected freelance gigs and call center work from home. And prospective employees need to be ready to conduct interviews over Skype.

In a a report issued on Wednesday, the venture capitalist and Internet expert Mary Meeker said that 34 percent of the work force in the United States, 53 million people, now consider themselves independent contractors, short-term hires or other kinds of freelancers. Of these, she said, two-thirds believe that the Internet makes it easier for them to find work, and 41 percent have done online projects.

What we mean by fast has increased significantly since the days of dial-up. Last January, the F.C.C. increased its definition of broadband by over 500 percent, to 25 megabits per second, or Mbps. That’s fast enough to stream today’s ultrahigh-definition video, according to Netflix. But it is also tomorrow’s slowpoke speed.

Also on Wednesday, Cisco Systems released its annual projections of Internet traffic over the next five years. Average speeds for standard landline networks, 21.8 Mbps in both North America and in Western Europe in 2014, will increase to over 40 Mbps in 2019, Cisco said.

A big reason for the increase will be video, played on devices like advanced 4K television sets, Cisco said. And the uses grow from there. “More bandwidth changes a lot of things,” said Thomas Barnett Jr., the report’s main author. “Telemedicine is huge. Engineers in different locations can work in real time. It matters for cloud computing.”

Some places are going to be left out. Cisco said speeds in Latin America will go from 7.2 Mbps to 16.9 Mbps by 2019, while the Middle East and Africa will reach only 14.9 Mbps then. In Asia, both India and Indonesia will have rates even lower than that. Many people in those places won’t be able to do the sort of online activities that increasingly matter in the global economy.

“It’s a big issue for these countries,” said Jeffrey R. Immelt, the chief executive of General Electric, who last week was in Silicon Valley talking up G.E.’s transition to manufacturing sensor-laden jet engines and turbines, which G.E. wants to track and service with a global cloud computing network. “Bandwidth is a huge factor for productivity.”

It’s not just that people seem to want TV with the fidelity to show every pore on an actor’s face. Much the way a house with broadband can host television, gaming and wireless connections, broadband across a city means that thousands of connected objects, including cars, security cameras, lighting and appliances, can be collectively monitored and managed.

Not everyone thinks developing nations will miss out in a big way. The concept of connected cities is still in its infancy. And for places where people live on less than $5 a day, lack of 4K television probably won’t qualify as a tragedy.

“‘Good enough’ broadband is more important in a place like Africa,” said William H. Janeway, a managing director at Warburg Pincus and an author on technology and economics. “They are doing things like building a trusted financial system on mobile phones. Going from zero to 10 is more important than going from 90 to 100.”

Recent experience shows, however, that people also create new and unforeseen businesses when they get more bandwidth. A robust number of sensors on many machines, an industry of watching people play online games and the transformation of corporate computing from internal servers to remote data centers, for example, were not in the cards when dialing up the Internet on copper telephone wires was sped up by making the signals digital.

The uneven global upgrades are not just a question of wealth. Eastern Europe already has wired speeds like its more-developed neighbors, and is projected to have the world’s fastest Wi-Fi and mobile networks. China’s fixed broadband speeds are expected to be faster than those in Spain, and just less than in Britain.

And where that broadband gets upgraded, expect economic opportunity to follow.

When it comes to ransomware, you don't always get … END_OF_DOCUMENT_TOKEN_TO_BE_REPLACED

Peyton Carr is a financial advisor to founders, … END_OF_DOCUMENT_TOKEN_TO_BE_REPLACED