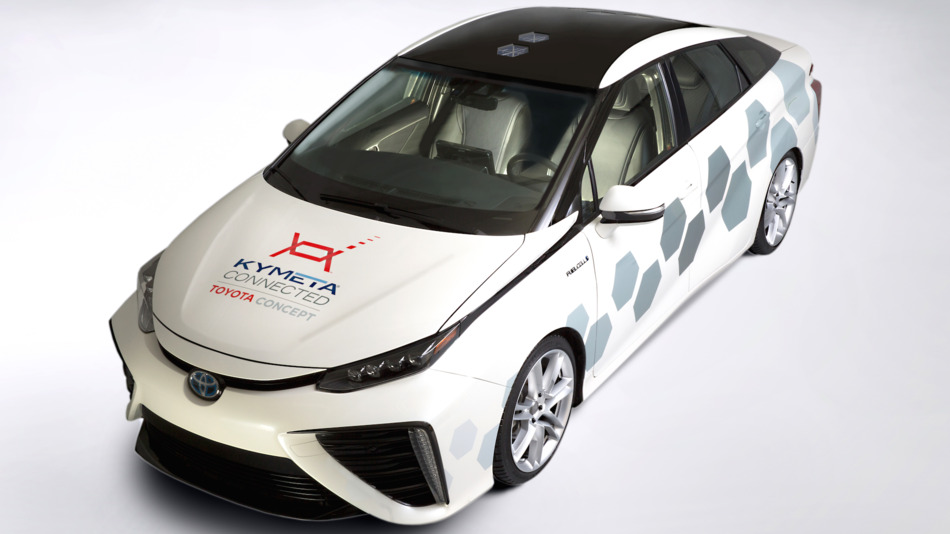 Toyota is working to get data to and from your car as fast as and as safely as possible and satellites might be the answer.

There are a few benefits of utilizing satellites to transfer data rather than cell towers or Wi-Fi transmitters. First of all, a high-capacity satellite can transport huge amounts of data to and from a vehicle quickly and much more safely (from a hacking standpoint) than an Internet connection. Additionally, unlike a tower-based connection, a continuous satellite connection can span between countries, borders and also in remote areas.

Another reason Toyota is warming up to flat-panel sat-comm is because it can be relatively easy to install in the aftermarket. That means that rather than being forced to buy a brand-new Toyota to get all the best data services, you could have your current car fitted with the tech. This would allow Toyota to indoctrinate more customers in its data services and also add to the number of cars it’s digitally tracking on the road.

When it comes to ransomware, you don't always get … END_OF_DOCUMENT_TOKEN_TO_BE_REPLACED

Peyton Carr is a financial advisor to founders, … END_OF_DOCUMENT_TOKEN_TO_BE_REPLACED