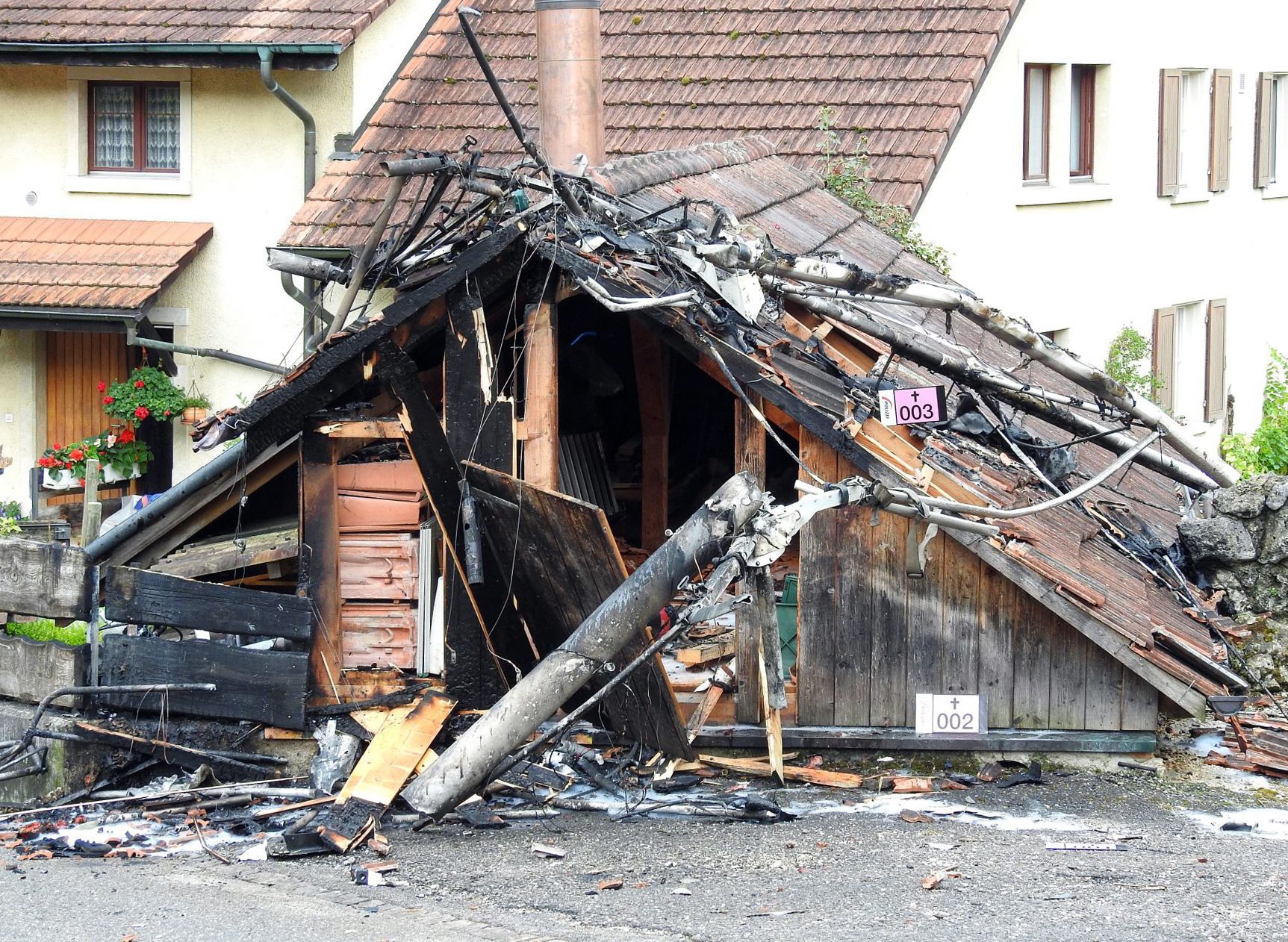 Tragedy struck European air shows for the second straight day Sunday when a pilot was killed after two planes collided in the air over Switzerland. The crash occurred one day after 11 people died when a plane crashed onto a busy highway at an air show in Britain.

The Swiss newspaper Blick reported that one pilot died and another parachuted to safety after the collision over the Dittingen Air Show. One of the planes crashed into a barn in Dittingen, the other slammed into a garden near a home. No injuries on the ground were immediately reported.

The third plane in a three-plane formation was able to land safely. The air show was canceled after the crash.

In Britain, the death toll is “highly likely” to rise to 11 or more from Saturday’s crash of a vintage plane, Sussex assistant Chief Constable Steve Barry said Sunday. He told The Telegraph that the pilot, Andy Hills, remained in a critical condition, but that 13 other people have been released from hospitals.

The death toll had been listed as seven on Saturday after the Hawker Hunter single-seat fighter crashed at the Shoreham Airshow, hitting several cars.

“The scene itself is incredibly large,” Barry told the Telegraph. “We do need to keep an open mind. But from what we have seen at this stage it is possible that we will find more fatalities.”

Barry said a crane will be used Monday to remove the wreckage. That could lead to the discovery of more bodies, he said.

“This is an enormously traumatic incident,” Barry said.

When it comes to ransomware, you don't always get … END_OF_DOCUMENT_TOKEN_TO_BE_REPLACED

Peyton Carr is a financial advisor to founders, … END_OF_DOCUMENT_TOKEN_TO_BE_REPLACED