You are here: Home / Business / Transporting Blood via Drones is tested safe by researchers 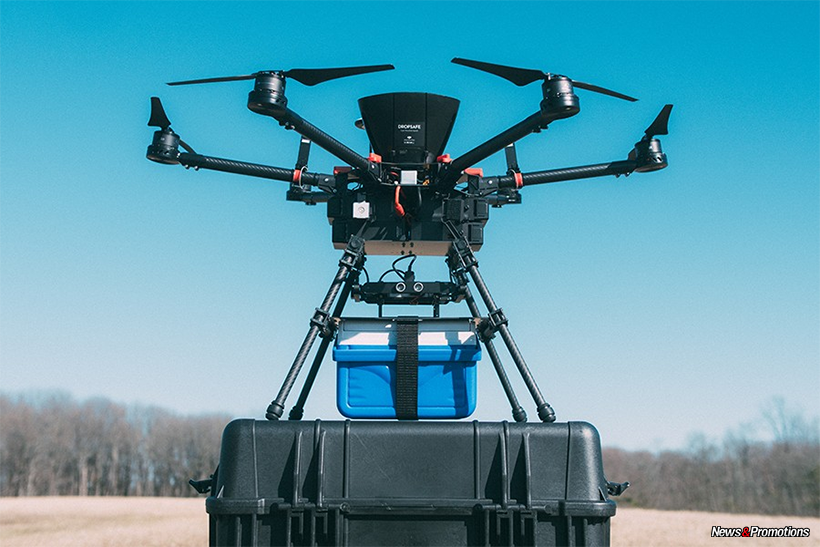 The components of the blood does not change when they are transported with drones, according to a recent research, writes the UPI. In the future, when a savior arrives at the place of an accident can make a blood test there and can require for the right type of necessary blood to be brought with a drone, indicated the coordinator of the study, doctor Timothy Amukele in a press release issued by the Johns Hopkins University. Amukele, along with other researchers, placed bags of blood, similar to those of the transfusions, into a container which kept them at a low temperature and transported them with a drone over a distance between 12 and 19 km, the test lasting 26 minutes. There were three tests with different bags containing plasma, red cells and platelets. To cool the bags, dry ice, wet ice, and pre-calibrated thermal packs were used to keep each component of the blood cold.

The tests showed that during the transport with the drone the cells’ integrity and the correct temperature remained, according to the researchers who intend to do more ample studies in the U.S. and in other states regarding the transportation of blood using drones, but also different methods of active cooling as well as the programming a cooler to maintain a specific temperature. ‘For the study, the team purchased six units of red blood cells, six units of platelets and six units of frozen plasma from the American Red Cross, and then packed the units into a 5-quart cooler two to three units at a time, in keeping with weight restrictions for the transport drone. The cooler was then attached to a commercial S900-model drone. This particular drone model comes equipped with a camera mount, which the team removed and replaced with the cooler’, according to the Johns Hopkins University.

When it comes to ransomware, you don't always get … END_OF_DOCUMENT_TOKEN_TO_BE_REPLACED

Peyton Carr is a financial advisor to founders, … END_OF_DOCUMENT_TOKEN_TO_BE_REPLACED