You are here: Home / Entertainment / The U2 band fans celebrate the 40 years anniversary 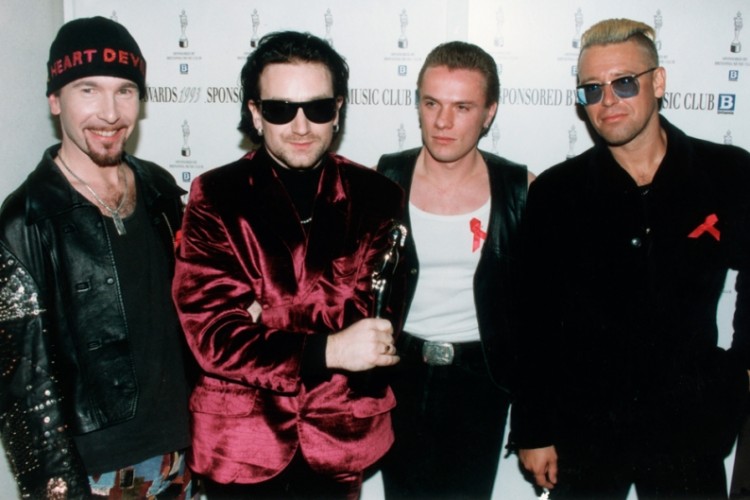 The fans of the Irish band U2 celebrate, this week, 40 year since the four members of the band gathered for the first time in the kitchen of the drummer Larry Mullen Jr for rehearsals. Bono-the vocal, The Edge-guitar, keyboards and voice and Adam Clayton-bass, answered four decades ago at the announcement posted by Mullen on the door of the Temple Mount School building in Dublin, in which it was written: ‘Drummer looking for musicians to make a band’. As a coincidence with the anniversary of the band’s birth, Little Museum from the Irish capital dedicates the group an exhibition about its history with materials offered by the fans, and at the end of the week different U2 tribute concerts will be organised.

On September 25 1976, four adolescents with long hair and wearing leather jackets and jeans met for the very first time to make a band that they initially called it Feedback. Mullen wrote on the U2 Internet page that this weird group of people reunited in his Artane kitchen, in the residential area of the North of Dublin and everything begun there. Adam Clayton confessed that he discovered the rock and roll music when he was 13 years old and convinced his father to buy him a bass guitar. Full of inspiration and of passion for the punk music, the four rehearsed for hours in the Mullen’s kitchen. The first U2 album was called ‘Boy’ (1980), but the success came with their third album called ‘War’ and launched in 1983. The album was number 1 in the UK top. U2 has more Grammy Awards than any other band. In 40 years, they gathered 22 trophies and their albums are sold in hundreds of millions all over the world. They are famous for songs like ‘One’, ‘With or without you’, ‘Where the streets have no name’.

When it comes to ransomware, you don't always get … END_OF_DOCUMENT_TOKEN_TO_BE_REPLACED

Peyton Carr is a financial advisor to founders, … END_OF_DOCUMENT_TOKEN_TO_BE_REPLACED