You are here: Home / Business / The USA is no longer a member of the Trans-Pacific Partnership 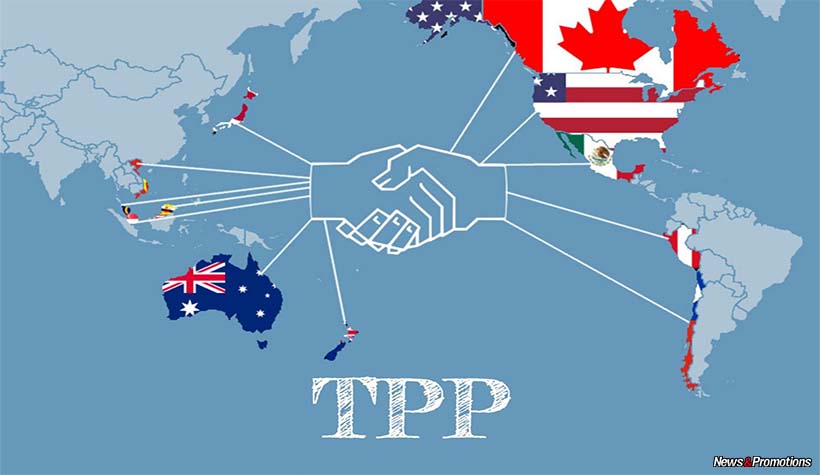 The United States of America are no longer a member of the Trans-Pacific Partnership. The American president Donald Trump signed in the Oval Office, a decree which puts an end to the participation of the USA to this treaty, intensely negotiated for several years by the Obama administration. The treaty, seen as a counterpart to the bigger influence of China, was signed in 2015 by 12 countries in Asia Pacific representing 40% of the world economy, but has not yet entered into force. ‘We talk about this for a long time’, said Trump to the journalists attending the signature ceremony, considering that ‘the decision is a good choice for the American worker’.

During the election campaign, Donald Trump firmly denounced this agreement, saying that is a ‘terrible’ one and promised to withdraw the USA of the TPP, as soon as possible. On the other side, the Obama administration presented it as the most important of the free trade treaties, since this agreement means more than the lift of the customs barriers. The agreement also provides the lift of the non-pricing barriers, such as the opening of the appeals of the national offers from third states to the foreign companies without advantages induced for their own public companies or the observance of the right to work in accordance with the rules of the International Labor Organization. Many companies denounce the effects of an agreement considered opaque regarding the environment, the access to medicines, the rights of the workers and the loss of sovereignty.

The prime minister of Japan. Shinzo Abe, a great defender of the agreement, recognized at the end of 2016 that the TPP without US ‘would make no sense’. The treaty was signed by 12 countries: Japan, New Zealand, Singapore, Australia, Canada, Brunei, Chile, Peru, Malaysia, Vietnam, Mexico and the USA.

When it comes to ransomware, you don't always get … END_OF_DOCUMENT_TOKEN_TO_BE_REPLACED

Peyton Carr is a financial advisor to founders, … END_OF_DOCUMENT_TOKEN_TO_BE_REPLACED