You are here: Home / Entertainment / Val Kilmer says once again that he has no cancer 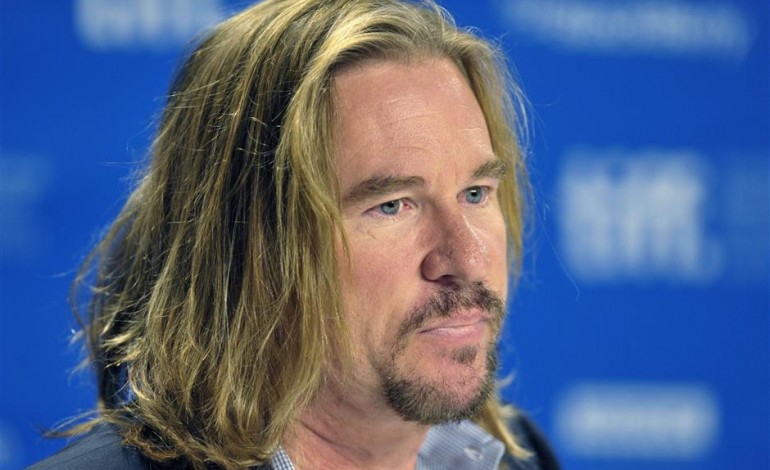 The American actor Val Kilmer says that he doesn’t have cancer, denying the statements made by Michael Douglas, according to which he suffers from cancer at his throat and ‘things are not too well for him’, reports the DPA. ‘I love Michael Douglas but he is misinformed’, wrote he former actor from ‘Batman’ on this official Facebook page. ‘The last time I spoke to him was almost two years ago, when I asked him for a referral for a specialist to get a diagnosis for a lump in my throat.

I ended up using a team at UCLA and I have no cancer whatsoever’, said the actor. Kilmer admitted that he had health problems, including the tongue inflated, but now it is ‘live and happy’. The Oscar winner Michael Douglas stated in front of the audience at an event in London that Val Kilmer ‘faces with exactly what I had’, referring to the cancer in his throat, reports the Variety magazine.

In 2010, Michael Douglas announced that he suffers from an advanced form of throat cancer, but the following year he announced that he is cured. Kilmer was polite with Douglas in his message on Facebook, describing him as ‘a loving and devoted friend to a privileged group of talented people around the world, and I’m sure he meant no harm.’ Val Kilmer, 56 years, denied in the past few months that has been suffering from cancer, despite the rumors that occurred in the mass media.

The star of the film ‘The Batman Forever’ (1995) recognized in April on Facebook page that a tumor was detected, but he denied that it is cancer. ‘Thank you for your support, but I do not have cancer. I healed of the tumor in question last year. Do not trust the rumors’, added the famous actor.

When it comes to ransomware, you don't always get … END_OF_DOCUMENT_TOKEN_TO_BE_REPLACED

Peyton Carr is a financial advisor to founders, … END_OF_DOCUMENT_TOKEN_TO_BE_REPLACED