You are here: Home / Business / Volkswagen Gets Sued Over Its Huge Emissions Cheating Scandal 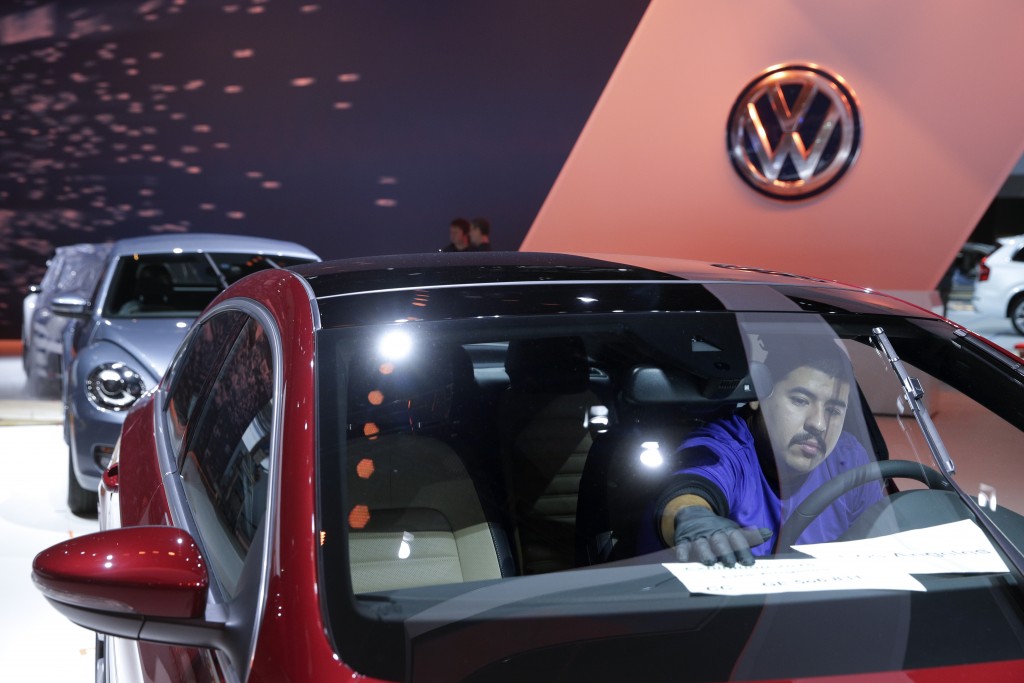 The lawsuit, filed Monday by the U.S. Department of Justice, alleges that Volkswagen violated the Clean Air Act by finding ways to evade emissions standards on hundreds of thousands of its vehicles. It comes about four months after news of the emissions cheating scandal first broke in September.

Volkswagen has been accused of installing software on VW, Porsche, and Audi diesel vehicles that increased the cars’ nitrogen oxide emissions to levels up to 40 times the EPA’s standard. The software was able to sense when the cars were being put through federal emissions testing, and would switch the cars into a lower-emissions mode during the test. In that mode, according to the EPA, “the vehicle meets emission standards.” But, the EPA continues, “at exactly one second after the completion of the initial phases of the standard test procedure, the vehicle immediately changes a number of operating parameters that increase NOx emissions and indicates in the software that it is transitioning to ‘normal mode,’ where emissions of NOx increase.”

As the EPA notes, NOx emissions are harmful because they can react with other compounds to form tiny particles that, when breathed in, can aggravate respiratory and heart diseases, and even lead to increased hospital visits and death. The EPA estimates that nearly 600,000 vehicles released between 2014 and 2016 had the software installed.

“Car manufacturers that fail to properly certify their cars and that defeat emission control systems breach the public trust, endanger public health and disadvantage competitors,” Assistant Attorney General John C. Cruden of the Justice Department’s Environment and Natural Resources Division said in a statement. “The United States will pursue all appropriate remedies against Volkswagen to redress the violations of our nation’s clean air laws alleged in the complaint.”

Volkswagen admitted in September that it had installed the “defeat device” software in 11 million of its vehicles.

“Let’s be clear about this: Our company was dishonest with the EPA, and the California Air Resources Board and with all of you,” Michael Horn, Volkwagen’s U.S. chief, said in September. “And in my German words: We have totally screwed up. We must fix the cars to prevent this from ever happening again and we have to make this right. This kind of behavior is totally inconsistent with our qualities.”

It’s not yet known what the penalties against VW will be — how much the company has to pay in fines, for instance. But the New York Times reports that the company could end up being fined $32,500 for each 2-liter diesel vehicle affected and $37,000 for each 3-liter vehicles affected. That would bring the maximum fine to about $19 billion.

When it comes to ransomware, you don't always get … END_OF_DOCUMENT_TOKEN_TO_BE_REPLACED

Peyton Carr is a financial advisor to founders, … END_OF_DOCUMENT_TOKEN_TO_BE_REPLACED