You are here: Home / World / Want to Save Coral Reefs? First, Save the Fish 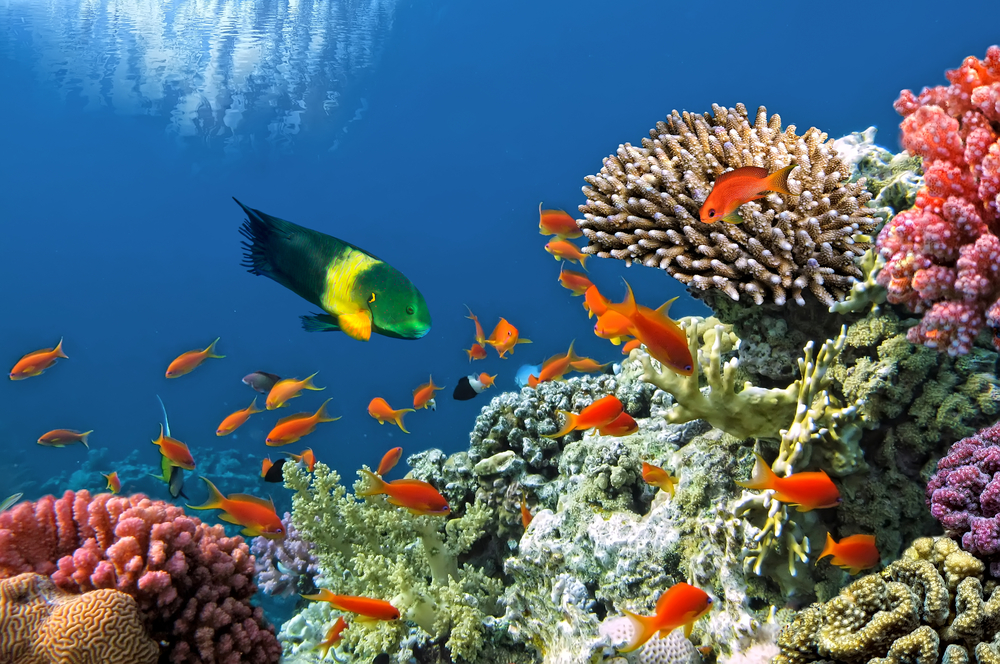 When deciding how to conserve coral reefs, the mass of fish in an area should take priority over geographic location, a new study has found. Though past research has linked healthy coral reefs to healthy fish populations, this study, published in the Journal of Biogeography by the Wildlife Conservation Society (WCS), is conflicting with common conservation and management practices.

Study author Tim McClanahan of WCS looked at 266 sites in seven countries in the southwest Indian Ocean. During the 12 years he conducted research, he looked at numbers of fish species, coral abundance, algae, depth, geographic location, and types of fishery management. This allowed him to compare the significance of each factor and discover the best practices to conserve endangered reefs.

“The trick is find the order of their influence from most to least influence,” McClanahan explained in an email. To do that, he used a statistical method called a “step-wise forward regression analysis,” which involves “finding the strongest influences, removing that influence on the full data set, taking the remaining variance and then look at the next factor in line, until all variance in all the factors you measured are accounted for.”

Strong correlations were found between the total mass of all fish in an area — or fish biomass — and fishing restrictions in the area. In other words, the latitude and longitude were found to contribute the least to the variation of species, and to overall coral health.

It is largely agreed upon in the scientific community that fishing is a primary cause in the devastation of coral reefs. Often called the “rainforests” of the ocean, just 10 areas of coral reef hotspots host as much as two-thirds of the world’s marine species. These 10 spots cover less than one-tenth of one percent of the world’s oceans. According to a 2002 New Scientist article, destructive fishing methods have devastated many near-shore reefs off the coast of the Philippines, an area that’s home to some of the most threatened reefs in the world.

So how can governments effectively protect coral reefs?

According to McClanahan’s findings, the highest conservation priorities in a region should be reef systems where fish biomass exceeds 600 kilograms (1,322 pounds) per hectare (2.47 acres). However, “many reefs are below this recommended level. This is leading to losses in diversity of species,” McClanahan said. According to a study published in Nature earlier this year, most of the world’s coral reefs aren’t succeeding at maintaining an optimal biomass level.

Restricted fishing areas where only lines and traps were used had biomass values that were often near or above the 600 km/ha threshold.

“So, we think restricting gear can result in the desired diversity,” McClanahan explained. “There is high variation, but strict gear management is doing pretty well compared to poorly managed closures.”

With more conservation policies and restrictions set in areas with high levels of biodiversity, coral reefs have a much greater chance of sustaining life in our world’s rapidly changing oceans.

When it comes to ransomware, you don't always get … END_OF_DOCUMENT_TOKEN_TO_BE_REPLACED

Peyton Carr is a financial advisor to founders, … END_OF_DOCUMENT_TOKEN_TO_BE_REPLACED