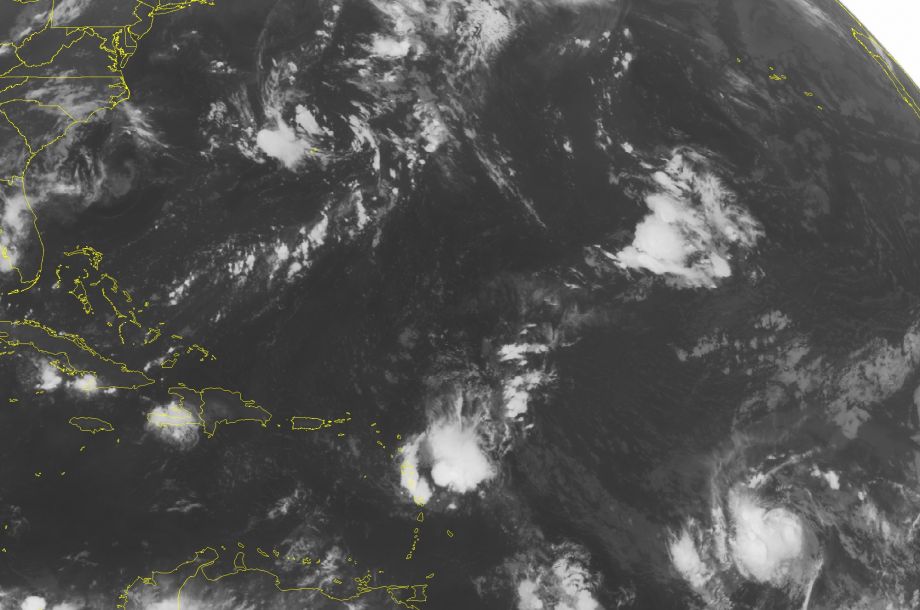 Tropical Storm Danny brought rain and strong winds Monday to the islands of the eastern edge of the Caribbean and then quickly dissipated as it headed west. The system weakened into a tropical depression and then degenerated to a trough of low pressure, with maximum sustained winds of 30 mph (45 kph) as it passed through the Leeward Islands and crossed into the Caribbean Sea.

The storm and its remnants were expected to produce 2 inches to 4 inches of rain in the Leeward Islands and the U.S. and British Virgin Islands, as well as in drought-stricken Puerto Rico and the Dominican Republic.

Dominica received just over 2 inches of rain and fallen rocks blocked roads but there were no reports of injuries or flooding, said Don Coriette, disaster preparedness coordinator. Antigua saw about 1.5 inches of rain, not enough to extinguish a landfill fire that was visible throughout the island since Sunday.

Antigua-based airline LIAT, which had canceled nearly 40 flights from Sunday to Tuesday, reinstated six of them shortly after the storm passed.

When it comes to ransomware, you don't always get … END_OF_DOCUMENT_TOKEN_TO_BE_REPLACED

Peyton Carr is a financial advisor to founders, … END_OF_DOCUMENT_TOKEN_TO_BE_REPLACED