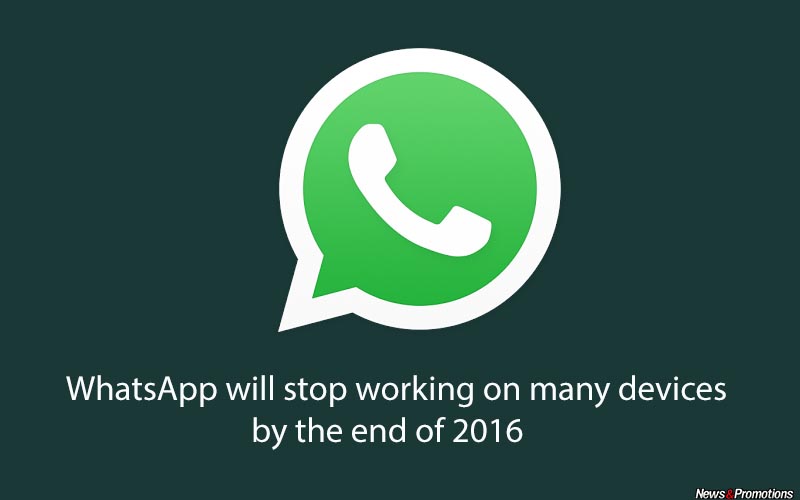 The popular application WhatsApp will stop operating starting the next year for millions of mobile devices which are not updated, informs the application’s blog. The WhatsApp Messenger, accessed by more than a billion people monthly, will no longer be compatible with older mobile phones, as a result of the modernization of the used technology. The application was launched on the market in 2009, and the company announced since the beginning of the year that they will offer ‘an even greater emphasis on security features and more ways to stay in touch with the people that you care about.’ In the context of the rapid development of the technology, the application’s creators declared that they are forced to keep the rhythm with ‘mobile platforms the vast majority of people use.

About 70 percent of smartphones sold at the time had operating systems offered by BlackBerry and Nokia. Mobile operating systems offered by Google, Apple and Microsoft – which account for 99.5 percent of sales today – were on less than 25 percent of mobile devices sold at the time. As we look ahead to our next seven years, we want to focus our efforts on the mobile platforms the vast majority of people use. So, by the end of 2016, we will be ending support for WhatsApp Messenger on the following mobile platforms: BlackBerry OS and BlackBerry 10, Nokia S40, Nokia Symbian S60, Android 2.1 and Android 2.2, Windows Phone 7, iPhone 3GS/iOS 6’, is specified in the message published on the corporation’s blog. ‘If you use one of these affected mobile devices, we recommend upgrading to a newer Android, iPhone, or Windows Phone before the end of 2016 to continue using WhatsApp’, it is also shown in the message. ‘WhatsApp is extending support for BlackBerry OS, BlackBerry 10, Nokia S40 and Nokia Symbian S60 until June 30, 2017’.

When it comes to ransomware, you don't always get … END_OF_DOCUMENT_TOKEN_TO_BE_REPLACED

Peyton Carr is a financial advisor to founders, … END_OF_DOCUMENT_TOKEN_TO_BE_REPLACED