You are here: Home / Science / Why Do Snakes Have A Hemipenis? 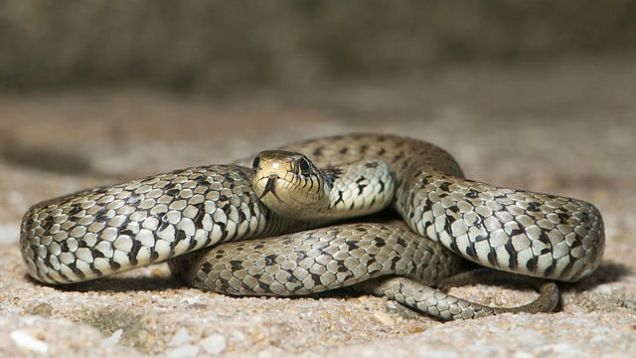 Snakes and lizards, as well as a few marsupials, have structures known as “hemipenises.” Not quite two penises, but not quite a half one either, these branched structures probably serve some purpose, but what?A hemipenis is roughly what it sounds like. They come in various different shapes, from two small buds on the same branch to two nearly entirely independent spiked cylinders. You’re most likely to see them in lizards and snakes. And we do mean “in.”

A snake will sometimes extrude one when defecating. But for the most part, a snake will keep its hemipenis tucked away inside its cloaca. The organ isn’t entirely hidden. It changes the shape of the snake’s tail, and gives biologists a clue about whether the snake they’ve captured is male or female.

Which is all very well and good — but why evolve two penises to begin with? They can only go one place.

This is true, but they don’t go the same place two times in a row. One study found that the snake alternated the penis that it used in successive matings. In the snake world, mating isn’t just about getting your DNA in, it’s about keeping everyone else’s DNA out. Snakes produce a “gelatinous mating plug,” which for a time bars entry to the female for the next male. This plug takes material, which has to be manufactured, which takes time and effort. With a hemipenis, one penis can be making more gel while the other penis is mating. It’s possible that, by alternating penises, the snake can keep its competition at bay better than if it had only one penis to work with.

And interesting side note is, when it had a choice of which penis to use, the snake usually used its right penis. Even snakes are “right handed.”

When it comes to ransomware, you don't always get … END_OF_DOCUMENT_TOKEN_TO_BE_REPLACED

Peyton Carr is a financial advisor to founders, … END_OF_DOCUMENT_TOKEN_TO_BE_REPLACED