You are here: Home / Weather / Will Rain Dampen Your Halloween Trick-or-Treating? 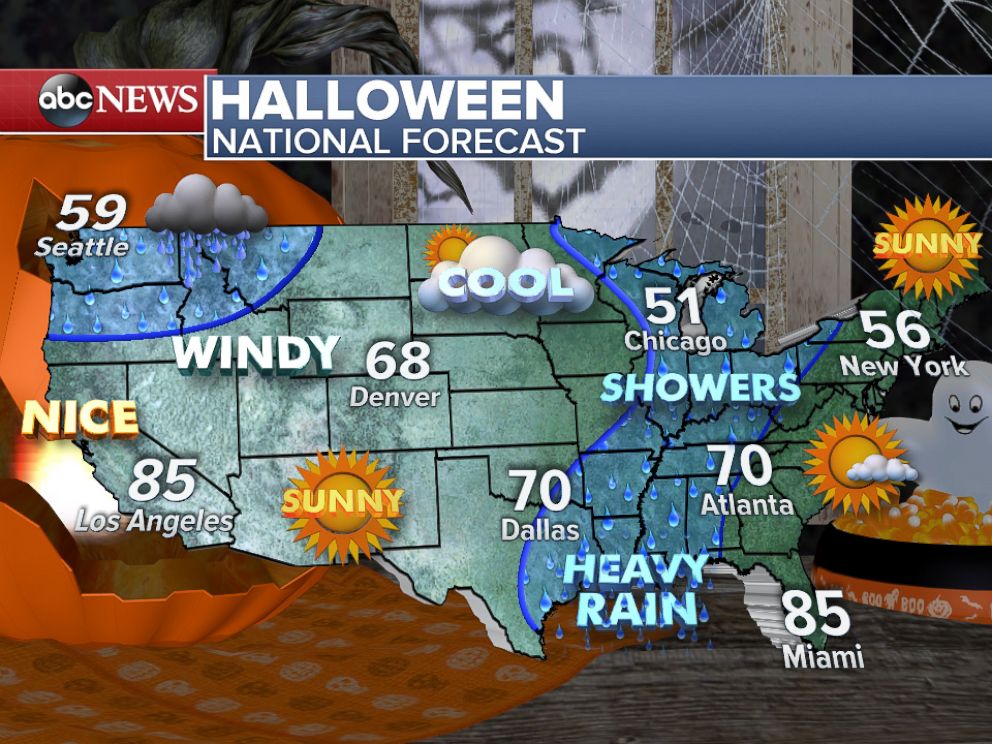 Trick-or-treaters across much of the country will need to make sure their Halloween costumes are waterproof and pack an umbrella as they head out on Saturday. Areas of rain and showers are in the forecast from the Gulf Coast up to the Great Lakes and across the Pacific Northwest.

Across the East Coast the weather will have minimal impact, and temperatures will be seasonably cool across the region. High temperatures will be right around seasonal averages from Washington, D.C. up to New York City. Quiet weather is also forecast for the Southwest, with warm conditions in place for much of California and into Arizona.

Temperatures across this part of the country will be running as much as ten degrees above average for the end of October.

For any children heading out early for some candy, rain and showers will be most likely late on Saturday morning from Houston up to Little Rock and Chicago. There will also be some rain across the Seattle area and down into Portland, Oregon.

The combination of wet conditions and leaves covering the ground may make conditions slippery for those trekking outside throughout the day.

By Saturday evening, the forecast of the rain will shift east across New Orleans, Nashville, Indianapolis and across Michigan. Heavy rain along the Gulf Coast may bring low visibility during any downpours and water ponding on roadways could cause issues for both motorists and those walking through neighborhoods.

Areas of heavy rain and gusty winds will continue to impact the Pacific Northwest as well with cool and windy conditions lasting throughout the evening. A Flood Watch has been issued for part of Washington, including Seattle through Sunday afternoon. Over a half foot of rain could fall in the mountains with heavy downpours causing some flooding issues in the metro areas as well.

For the second half of the weekend, the showers will continue to push east, impacting the East Coast on Sunday. It will remain unsettled across Pacific Northwest throughout the weekend as well.

When it comes to ransomware, you don't always get … END_OF_DOCUMENT_TOKEN_TO_BE_REPLACED

Peyton Carr is a financial advisor to founders, … END_OF_DOCUMENT_TOKEN_TO_BE_REPLACED