You are here: Home / Entertainment / Will Smith Will Not be Attending the Oscars Along with His Wife 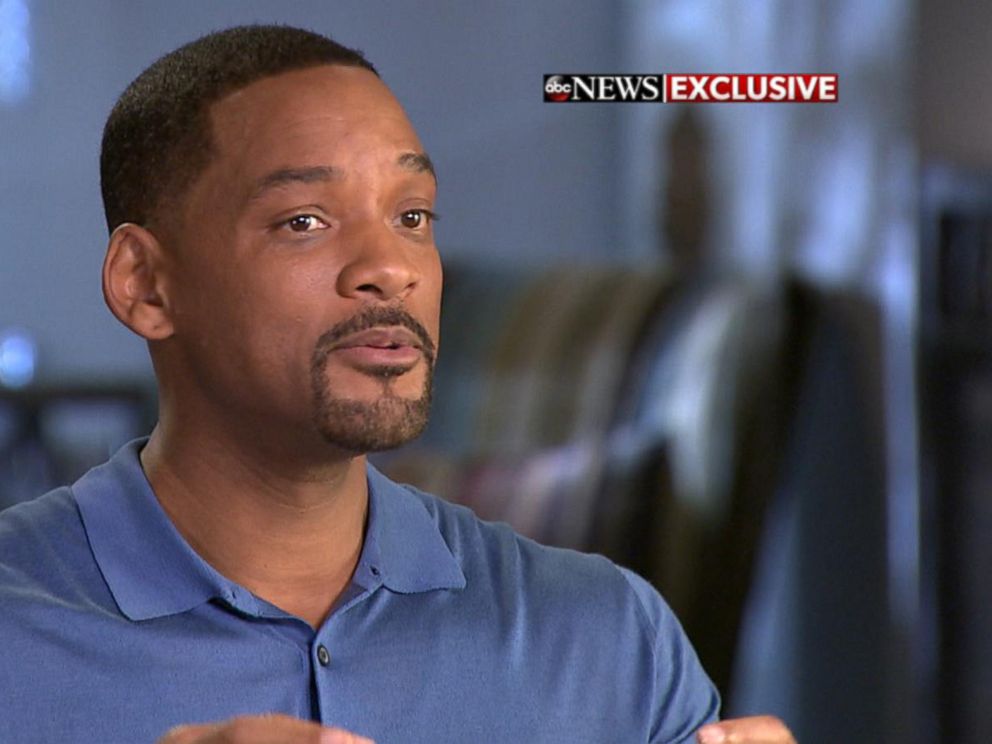 Actor Will Smith, the blockbuster movie star who many thought would receive an Academy Award nomination this year for his role in “Concussion,” says he will not be attending the Oscars next month.

Smith, 47, spoke candidly to “Good Morning America” co-anchor Robin Roberts about issues surrounding Hollywood and diversity after it was revealed the 20 major acting nominees nominations for this year’s Oscars, for the second year in a row, are all white.

“We’ve discussed it,” Smith said, referring to his wife, actress Jada Pinkett Smith. “We’re part of this community but at this current time, we’re uncomfortable to stand there and say that this is OK.”

“My wife’s not going. It would be awkward to show up with Charlize [Theron],” Smith joked of attending the Feb. 28 ceremony with a different leading lady.

Smith says he was out of the country when his wife announced on social media that she would be skipping this year’s Oscars but supports her all the way.

“She’s deeply passionate and when she is moved she has to go,” Smith said of Pinkett Smith. “I heard her words and I was knocked over. I was happy to be married to that woman.”

Director Spike Lee has also said he would not be attending the Oscars this year — telling “GMA” that he is going instead to a New York Knicks basketball game — and stars from George Clooney to Lupita Nyong’o have also spoken out about the lack of diversity in nominees.

Smith, a two-time Oscar nominee, called the diversity that is lacking in this year’s nominees “the American superpower.”

“That’s why we are great,” Smith said of America’s diversity. “So many different people from so many different places adding their ideas, their inspiration and their influences to this beautiful American gumbo.”

“For me, at its best, Hollywood represents and then creates the imagery for that beauty,” Smith said. “But for my part, I think that I have to protect and fight for the ideals that make our country and make our Hollywood community great.”
“So when I look at the series of nominations of the Academy, it’s not reflecting that beauty,” he said.

Smith said it was “huge” for him that the two times he has been nominated for an Oscar – 2001 for “Ali” and 2006 for “The Pursuit of Happyness” – he lost to African-American actors, Denzel Washington and Forest Whitaker.

“Everyone is beautiful and deserving and is fantastic, but it feels like it’s going the wrong direction,” Smith said of this year’s nominees

“The nominations reflect the Academy. The Academy reflects the industry [Hollywood] and then the industry reflects America,” Smith said. “There is a regressive slide towards separatism, towards racial and religious disharmony and that’s not the Hollywood that I want to leave behind.

The star says he believes his wife’s decision to not attend this year’s Oscars is bigger than just a disappointment that Smith did not receive a nomination for his role in “Concussion.”

“There’s probably a part of that in there but, for Jada, had I been nominated and no other people of color were, she would have made the video anyway,” Smith said. “We’d still be here having this conversation. This is so deeply not about me.

Like Spike Lee, Smith said he believes the lack of diversity at the Oscars is part of a bigger problem in Hollywood.

“At this point, the Academy is 94 percent Caucasian and 77 percent male,” Smith said of the group that decides Oscar nominees. “It’s just difficult to get a diverse cultural sampling from that group.

“It’s a systematic bias that needs to be addressed across the industry,” Smith said, revealing that he spoke this week with Academy president Cheryl Boone Isaacs, who is also African-American, about the issue.

Smith, who credits Quincy Jones for helping him navigate Hollywood, says greater diversity has to be achieved.

“We make movies, it’s not that serious, except that it plants seeds for dreams,” Smith said. “There’s a disharmony that is brewing in our country and in our industry that I want no part to that.”

“This is a marriage and I look it as this sort of big, giant multi-interracial marriage but the marriage is in a space where divorce is not an option,” Smith added. “We’re all in this together. We got to figure it out and we got to make it right.”

Smith says he has a mission to “leave an industry in better shape than I found it.”

“Part of the beauty of this country is the ability to disagree. Part of what makes us great is, historically, the best answer tends to win,” Smith said. “I say, let’s keep debating. Let’s do our best to keep it in love and keep it in light.”

When it comes to ransomware, you don't always get … END_OF_DOCUMENT_TOKEN_TO_BE_REPLACED

Peyton Carr is a financial advisor to founders, … END_OF_DOCUMENT_TOKEN_TO_BE_REPLACED