You are here: Home / World / Woman Dies in Cryotherapy Machine at Salon 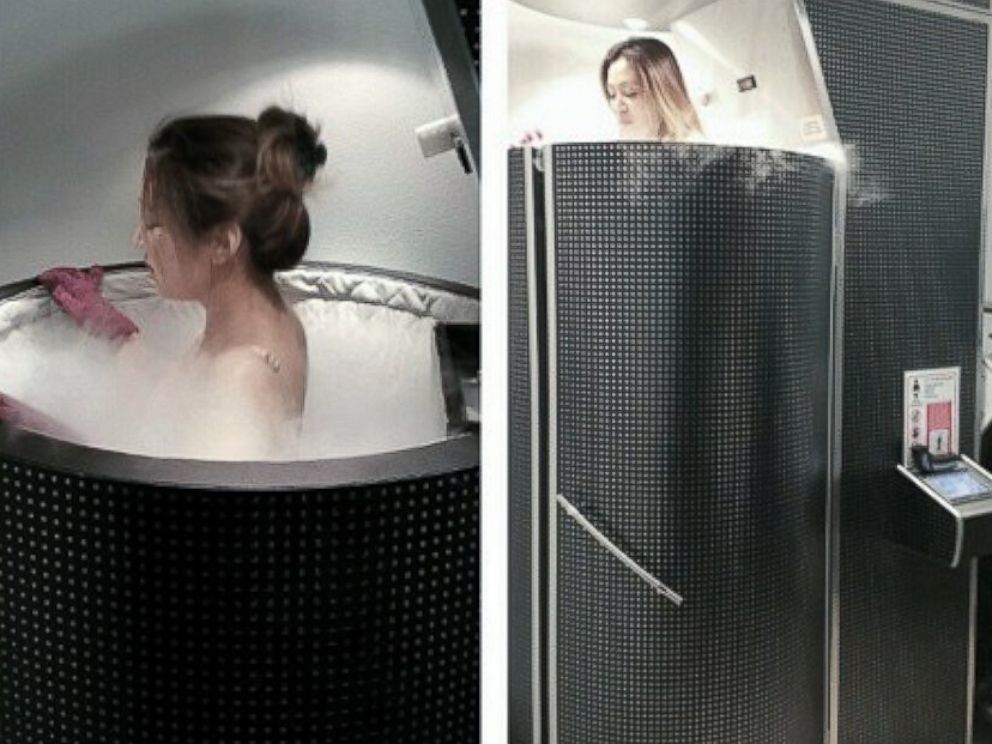 The Las Vegas salon where a 24 year-old woman died in a cryotherapy machine has been closed as her relatives are asking questions about the way in which she died. Chelsea Ake-Salvacion was found dead in the machine, police said, and authorities said they believe that there was no foul play involved and are not launching a criminal investigation into the matter.

According to a police report obtained by ABC News, it appears that Ake-Salvacion had set the levels improperly on the machine, which uses extremely low temperatures to treat various ailments, and “froze to death.”

The official coroner’s report will not be released for six to eight weeks and the case is being investigated, but the initial report filed by the Las Vegas Police Department gives the most detailed insight so far into the situation.

It states that the 24 year-old “got inside the cryotherapy machine to help reduce muscle pain.”

The report states that she “was supposed to have assistance with the machine” but she did not when she got in the machine on the night of Monday, Oct. 19. She was pronounced dead the next day.

“Ake used it alone, it appears, she did not have the level setting at the proper height, she did not get enough oxygen and she suffocated and froze her self to death,” the report states.

Her body was found inside the machine by a colleague at the Rejuvenice day spa. Police noted that there was nothing suspicious at the scene.

The state’s Occupational Safety and Health Administration told ABC News that they will not be investigating the death because it took place after work hours and “she was not engaged in her job” at the time of her death.

The facility has since been shut down, not because of the death but because there was inadequate worker’s compensation, according to Gary Landry, the executive director of the Nevada State Board of Cosmetology.

In addition, the facility does not have the proper licenses to practice aesthetician services — which it offered, Landry said. Its cryotherapy practice is not at issue, however, since that does not require a license from the Board of Cosmetology.

There is no set timeframe for when the facility may reopen, Landry said, but it will remain closed until it obtains an adequate amount of worker’s compensation.

Ake-Salvacion’s uncle, Albert Ake, told ABC News that when he went to collect his niece’s belongings and to identify her at the coroner’s office, a worker there noted that the full cause of death report will not be ready for at least six weeks, but “they wanted to reassure me and my family that she did not suffer and that she died instantly, in seconds,” he told ABC News.

Ake said that his niece was a “passionate” employee who regularly posted about the benefits of cryotherapy on social media, and even posed for her spa’s promotional photos, but that leaves him with questions about how such an enthusiastic supporter of the practice could have died in the machine that she championed.

“What caused her to die in seconds?” he told ABC News.

When asked if he thought that she may have died quickly was any comfort to him and his family, Ake said: “One day it will. At this moment, it doesn’t matter really because she’s gone and the shock of it is still there. It’s still very fresh.”

When it comes to ransomware, you don't always get … END_OF_DOCUMENT_TOKEN_TO_BE_REPLACED

Peyton Carr is a financial advisor to founders, … END_OF_DOCUMENT_TOKEN_TO_BE_REPLACED