You are here: Home / Business / The young Afghan girl from National Geographic cover, expelled from Pakistan 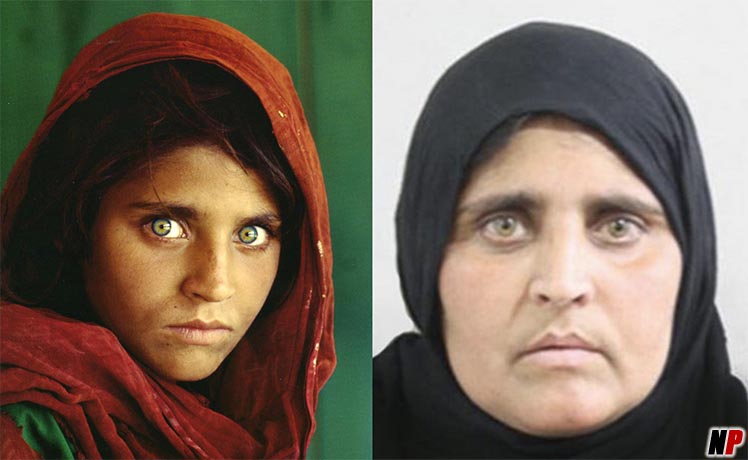 Sharbat Gula, the young Afghan girl with green eyes who became famous after her photo was published on the cover of National Geographic and who become a symbol of the Afghan refugees, was expelled from Pakistan to Afghanistan after a short period of time she spent in prison for possession of false identity documents. The woman was transported in a car until the border between the two countries in the night of Tuesday. ‘We expelled Sharbat Gula in Afghanistan. She passed the border at 02:30 in the morning, together with her four children’, specified for France Presse, Asmatullah Wazir, a responsible for the administration of the Torkham city.

Another responsible said that the woman was accompanied by the representatives of the Afghan embassy in Pakistan. Last week, she said to AFP that ‘it breaks her heart’ that she must be returned to the origin country where the Taliban are in offensive against a weak Afghan government. ‘Afghanistan is only my birthplace, but Pakistan is my country and I have always considered it as my own country,’ she said from a hospital bed in Peshawar, where she was treated for hepatitis C. ‘I decided to live and to die in Pakistan (…). It is not my fault that I was born there (in Afghanistan).

I am depressed. I have no other option than to go’, said Gula, 45 years old. This mother of four children and illiterate, indicated that she arrived orphan in Pakistan, at four or five years after the Soviet invasion in 1979. She had to execute this week a penalty of fifteen days of prison for the fraudulent obtaining of a Pakistani identity card. The case of Sharbat Gula illustrates the despair of many Afghan refugees in front of the idea of being sent back to the origin country, affected by violence.

When it comes to ransomware, you don't always get … END_OF_DOCUMENT_TOKEN_TO_BE_REPLACED

Peyton Carr is a financial advisor to founders, … END_OF_DOCUMENT_TOKEN_TO_BE_REPLACED