You are here: Home / World / Your Guidebook to the Coming Climate Change Turmoil 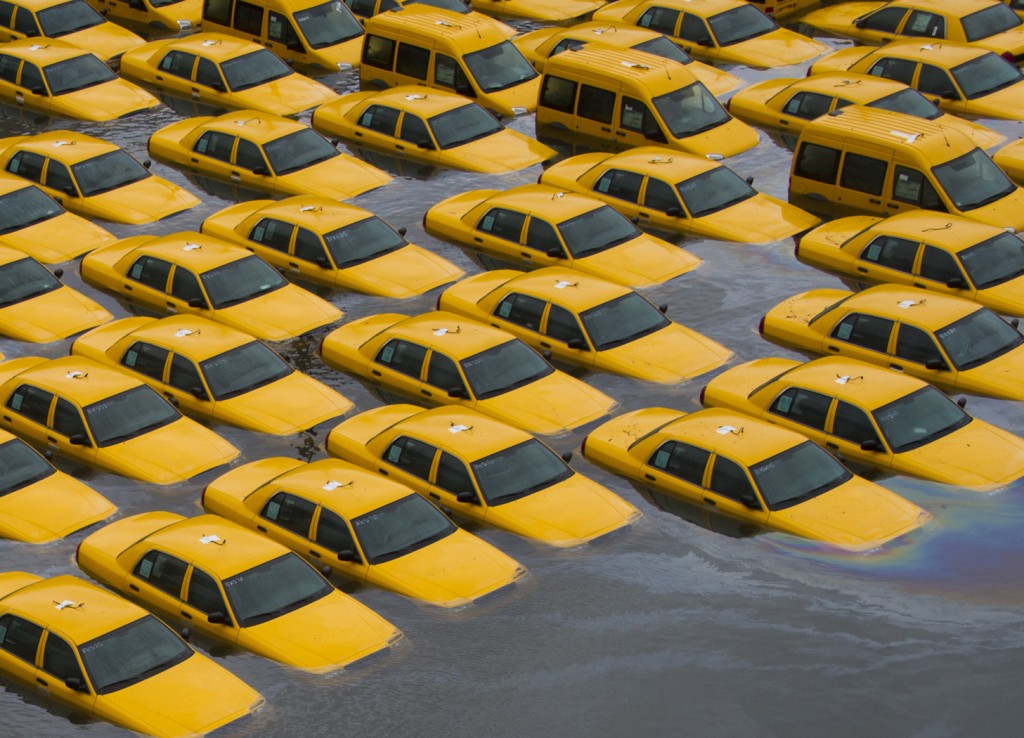 Climate change will have a bigger impact on your family than the internet has had. Imagine if you knew a quarter-century ago how information technology and the internet were going to revolutionize so many aspects of life. Imagine how valuable that knowledge would have been to you and your family.

We have such advanced knowledge of how climate change will play out over the next quarter-century and beyond. Those who have that knowledge will do vastly better in the world that humanity is remaking than those who do not. 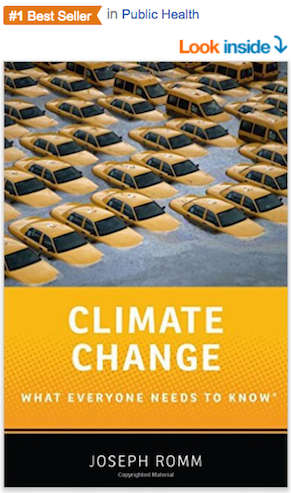 My new book “Climate change: What Everyone Needs To Know” provides you with that knowledge in a highly readable fashion. It is entirely in Q&A format, part of the Oxford University Press series of primers with that subtitle.

Why Amazon put the book in the “public health” category is anyone’s guess — but unrestricted carbon pollution is certainly the most over-arching long-term public health threat we face today. And this is the first book to ever examine the question, “Does carbon dioxide at exposure levels expected this century have any direct impacts on human health or cognition?”

Carbon dioxide (CO2) has a direct and negative impact on human cognition and decision-making. As readers know from a recent post, these impacts have been observed at CO2 levels that most Americans — and their children — are routinely exposed to today inside classrooms, offices, homes, planes, and cars.

And that is something everyone needs to know — regardless of their politics.

You also need to know about accelerating sea level rise if your family owns or plans to own coastal property — because a crash in property values is foreseeable today. The top scientists now believe we are headed for up to a six-foot rise or more in the coming century. That means Superstorm Sandy-level storm surges will become commonplace in a few decades.

Right now, the government is propping up coastal real estate values with a trillion dollars from the National Flood Insurance Program and huge annual subsidies to replenish ever-eroding beaches. Florida leads the country with a half a trillion dollars in covered property, typically at below market rates.

The trillion-dollar coastal property bubble will burst when a Sandy-type storm hits South Florida or those subsidies are cut or banks decide coastal property is too risky for a 30-year mortgage – or simply when the “smart money” decides it isn’t a smart investment because “we have dawdled too long.”

Coastal property will eventually be sold only to cash buyers who can afford to lose their home. At that point, as one University of Miami oceanographer put it, “What I’m looking for is a climate-change denier with a lot of money.”

Similarly, you need to know about climate change if you or a family member is planning to retire someplace currently warm and desirable. Carbon pollution is poised to make such places hot and undesirable. The southwest especially is headed towards a permanent Dust Bowl climate, similar to what California has been dealing with, but lasting for decades.

You need to know about climate solutions and adaptation to figure out what you or your kids should study to be the most employable in the coming years. Climate change and our response are creating trillion-dollar industries in low-carbon energy, energy efficiency, electric cars, sustainable agriculture, and every type of adaptation imaginable. It’s time to start studying, planning, and acquiring skills now for the occupations and career paths needed most in a globally warmed world.

You need to know about climate policy since it is making certain investments riskier than others. Major companies involved in coal have already seen their stock prices collapse as governments scale back use of that most carbon-intensive fuel.

The upcoming Paris climate talks are the first genuine world-wide step toward avoiding catastrophic warming, which will ultimately require leaving most fossil fuels in the ground. That means companies involved in the oil business can’t sustain their huge market capitalizations. Many major institutional investors are already abandoning fossil fuel bets. The more you know about climate change, the more likely you are to make the best investments.

Under different circumstances, you might not have needed to become knowledgeable about climate change. Policymakers should have listened to the teams of scientists they assembled a quarter century ago to inform them on the science. A truly global effort to cut carbon pollution should have begun a long time ago to avoid dangerous impacts.

That didn’t happen. In fact, major fossil fuel companies like Exxon actually knew the climate science decades ago, but instead of educating the public and joining in the calls for action, Exxon helped launch what has turned into the biggest disinformation campaign in world history.

As a result, climate change is an existential issue for humanity, one that has already touched you and your family — and whose impacts are speeding up.

So you need to know about climate change because who else is going to make key life-changing decision for you and your family, decisions will that will increasingly depend on such knowledge?

“Climate Change: What Everyone Needs to Know,” is available from Amazon in kindle and paperback.

When it comes to ransomware, you don't always get … END_OF_DOCUMENT_TOKEN_TO_BE_REPLACED

Peyton Carr is a financial advisor to founders, … END_OF_DOCUMENT_TOKEN_TO_BE_REPLACED