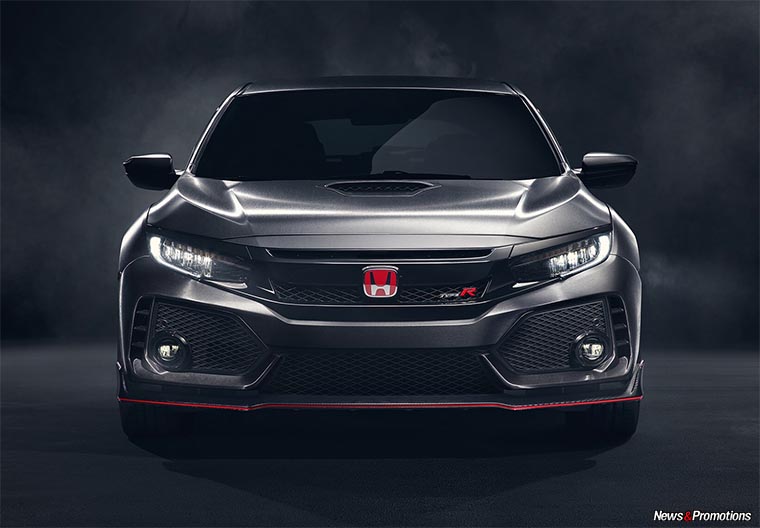 What it is: A hard-edged Civic track car for the street. Honda doesn’t do surprises anymore, so the new Honda Civic Type R plays to type with big power, a big wing, and a little red H on its nose. More important: no hybrid, no all-wheel drive, and no automatic transmission.

Why it matters: Two decades have passed since the first-generation, Japan-only Type R tantalized readers of Sport Compact Car. Ostensibly, those boy racers have grown up to become functioning members of society, and with all the savings they’ve accrued from not subscribing to dead magazines, they can now afford the buzzbombs of their youthful dreams. The popularity of Gran Turismo–style driving games on every electronic device, save perhaps your internet-connected refrigerator, means maybe some millennials will want a ne plus ultra Civic, too.

Platform: The hatchback that returned to the model lineup for the Honda Civic’s 10th generation will be the sole body style for the Type R. An adaptive suspension helps maximize the benefits of the stiffer structure, and it allows the Type R to be livable on the street. Curb weight probably won’t drop below 3000 pounds, but it should be pretty close. 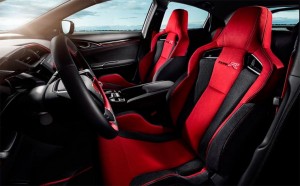 Powertrain: The new Type R will use the turbocharged 2.0-liter four that powered the not-for-the-U.S. previous generation. For us Americans, it makes the same 306 horsepower in the new car, although the European version sees a small bump in output. This is still a front-driver, so despite its trick front struts that combat torque steer, more power is probably not what the Type R needs to reclaim its Nürburg­ring record for wrong-wheel drive. We bet an electronically controlled limited-slip differential will replace the mechani­cal one, as the hot hatch will come with three selectable drive modes controlling the steering, suspension, and engine calibrations. A clutch pedal is ­mandatory, but we’ll bet the shift linkage is so polished that it’ll seem more like fun and less like work.

What might go wrong: A new turbocharged Civic Si is imminent. Not only is that car substantially less expensive, but its sedan and coupe body styles are what car companies tell us people prefer, even if both formats are also said to be dying. In any case, the Si affords a desirable measure of anonymity in the middle-school dropoff lane that the bespoilered Honda Civic Type R won’t. Besides, your wife is already running the numbers on Honda’s three sizes of crossovers. Face it, buddy, you’re as likely to buy the sophomoric Type R as she is to give you a hall pass.

Estimated arrival and price: The 2017 Type R goes on sale this fall, with expected pricing in the upper – $30,000 range.

When it comes to ransomware, you don't always get … END_OF_DOCUMENT_TOKEN_TO_BE_REPLACED

Peyton Carr is a financial advisor to founders, … END_OF_DOCUMENT_TOKEN_TO_BE_REPLACED