You are here: Home / Business / Alicia Silverstone poses nude for a PETA campaign against the wool clothes 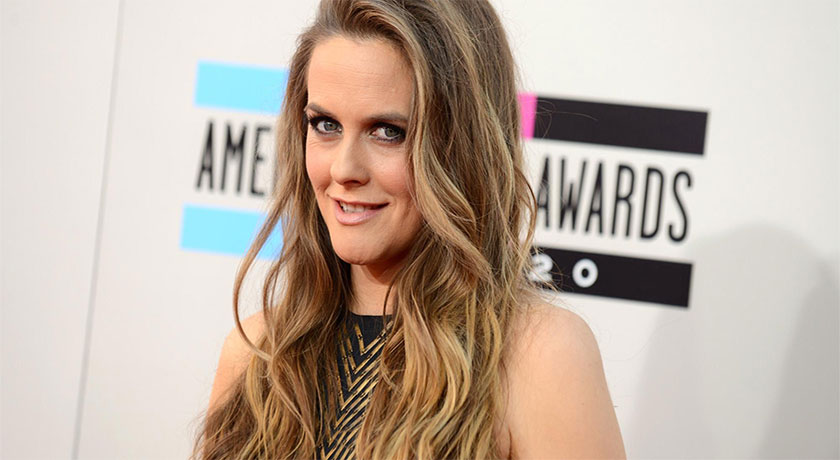 The actress Alicia Silverstone posed nude in the new campaign of PETA against the clothes made of wool, writes the UPI.com. ‘I’d rather go naked than wear wool’, according to the message in the advertising campaign, which will be promoted soon in the vicinity of Times Square in New York City. The star from Clueless (1995) appears in the respective poster photographed from her back and holding a plastic mask sheep. ‘Wool in general has not been thought about by many, many people,’ Alicia says. ‘It’s just not something that’s really brought to their attention. The biggest thing people always say to me is ‘They just shear the sheep, they don’t kill the sheep’. But the shearing isn’t like ‘Oh, let me just take your hair off because you need to give me your coat’-it’s on the slaughterhouse floor where there’s a conveyor belt and it’s going so fast’, explained the actress. Alicia Silverstone, a notable environmental activist and animal rights fighter, wears a gray dressing gown for the video that accompanied the naked PETA photo shoot.

During this ad, that includes images of sheep being sheared, Alicia says she would never wear nor buy wool. ‘[The sheep are] cut, they’re harmed, they get very seriously wounded and there’s no care for them when they’re wounded,’ she adds. ‘These are not creatures to the people who are just doing this, they’re objects. So if you’re trying to avoid wool, why not make that leap? Say ‘I’m never going to buy wool again.’ Silverstone joins a long series of stars who appeared in the PETA campaigns – Penelope Cruz, Pamela Anderson, Taraji P. Henson, Eva Mendes, Pink, Khloe Kardashian and Olivia Munn. Alicia Silverstone will play along with Jennifer Bartels and Mena Suvari in a remake of the ’70s series of the ‘American Woman’.

When it comes to ransomware, you don't always get … END_OF_DOCUMENT_TOKEN_TO_BE_REPLACED

Peyton Carr is a financial advisor to founders, … END_OF_DOCUMENT_TOKEN_TO_BE_REPLACED