You are here: Home / World / Baby Girl Tossed to Her Death From New York Apartment Window 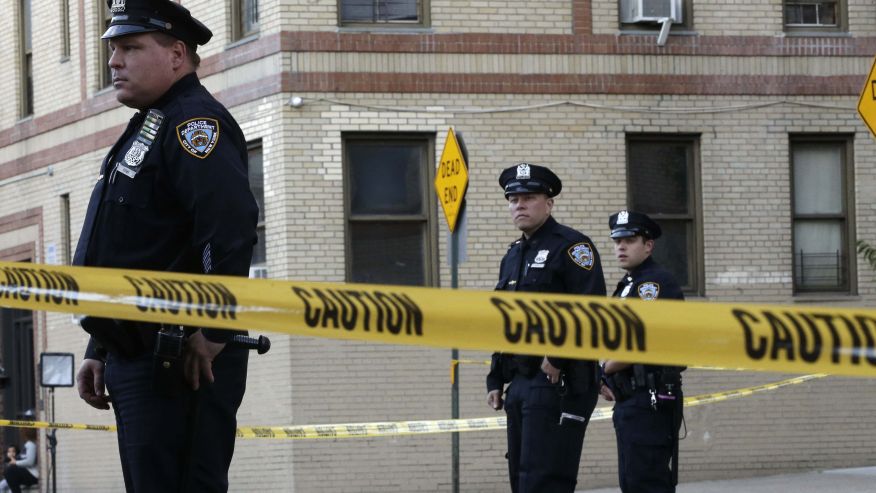 A baby girl was thrown from a sixth-floor window of an apartment building to her death on Thursday, witnesses and police said, making her the third child killed that way in the city in three months.

Fearon was taken from the home, in the Fordham Heights neighborhood, to a hospital for an evaluation and couldn’t be reached for comment. One of her relatives refused to comment, and it was unclear whether she had an attorney who could speak for her. No charges had been filed.

Police received a 911 call saying the mother was dangling the baby outside the apartment window. Subsequent callers said they watched as the baby was thrown.

Neighbor Lizette Rodriguez said the woman had been shouting, “I’m going to throw her. We’re all gonna die!” Other neighbors shouted to the woman, “Don’t do it,” Rodrgiuez said.

Rodriguez called 911 and said she heard the baby hit the ground while she was on the phone.

Gregorio Lopez, who lives next door to Fearon, said he heard a commotion in the hallway and a man yelling, “Please, God. Please help us!”

Lopez said he didn’t want to leave his apartment because he didn’t know what was happening but went to the roof after the man left. When he arrived there, he looked into his neighbor’s window.

“I saw her naked and the three kids naked and I thought they were all dead,” Lopez said. “And then she jumps up and starts hitting the window.”

He shouted down to some women on the street to call 911.

Officers had to take down the apartment door because Fearon wouldn’t open it, police said.

Pauline Bryan, who knows Fearon from the neighborhood, said she had just seen her on Tuesday outside the building.

“She never told me she had problems,” Bryan said. “She’s not a mother like that. May God help her.”

The city’s child welfare agency, the Administration for Children’s Services, said it was investigating and was working to ensure the well-being of the three other children.

Last month, a newborn girl with her umbilical cord attached was found dead outside an apartment building in the University Heights section of the borough. Authorities arrested her mother on murder and manslaughter charges, saying she hid her pregnancy and threw the child to her death from a seventh-story window shortly after giving birth.

In August, police arrested a Queens woman in connection with the death of her 1 month-old son. According to court papers, she told authorities an evil spirit had possessed the boy and she was “stopping the pain” when she threw him from a fourth-floor window.

Both women have pleaded not guilty.

When it comes to ransomware, you don't always get … END_OF_DOCUMENT_TOKEN_TO_BE_REPLACED

Peyton Carr is a financial advisor to founders, … END_OF_DOCUMENT_TOKEN_TO_BE_REPLACED