You are here: Home / Business / Bill Clinton: Trump knows ‘how to get angry, white men to vote for him’ 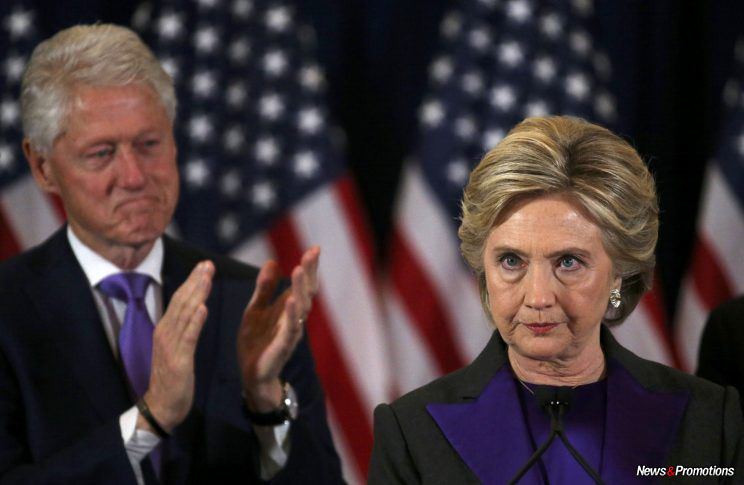 Former President Bill Clinton says President-elect Donald Trump “doesn’t know much,” but “one thing he does know is how to get angry, white men to vote for him.”

In an impromptu discussion with a reporter from the Bedford, N.Y., Record-Review, Clinton said those voters helped deliver Trump his victory.

According to exit-poll data published by the Washington Post, 71 percent of white men with no college degree voted for Trump, compared with just 23 percent for Hillary Clinton.

The former president also pointed to Russian cyberattacks against Democrats and FBI Director James Comey’s decision to alert Congress about newly discovered emails related to the bureau’s probe of Hillary Clinton’s private email server on the eve of the election.

“James Comey cost her the election,” Bill Clinton told the reporter and a small group of people who approached him at small bookstore in Katonah, N.Y., not far from the Clintons’ Chappaqua, N.Y., home.

Clinton scoffed at Trump’s refusal to accept the CIA’s assessment that Russia hacked Clinton campaign emails to try and tip the election in his favor.

“You would need to have a single-digit IQ not to recognize what was going on,” Clinton said.

Clinton also dismissed Trump’s assertion that his victory — grabbing 306 electoral votes to Hillary’s 232 — was “a landslide.”

“Landslide? I got something like 370 electoral votes,” Clinton said, referring to his 1992 election victory over President George H. W. Bush. “That was a landslide.”

Clinton — who once praised Trump as “a master brander” who could win the GOP nomination but whose lack of experience would be exposed in a general election — said that the president-elect called him the day after beating his wife.

“She was tougher than I thought she’d be,” Trump said, according to Clinton.

When it comes to ransomware, you don't always get … END_OF_DOCUMENT_TOKEN_TO_BE_REPLACED

Peyton Carr is a financial advisor to founders, … END_OF_DOCUMENT_TOKEN_TO_BE_REPLACED