You are here: Home / Entertainment / Bobbi Kristina Brown Dead at 22 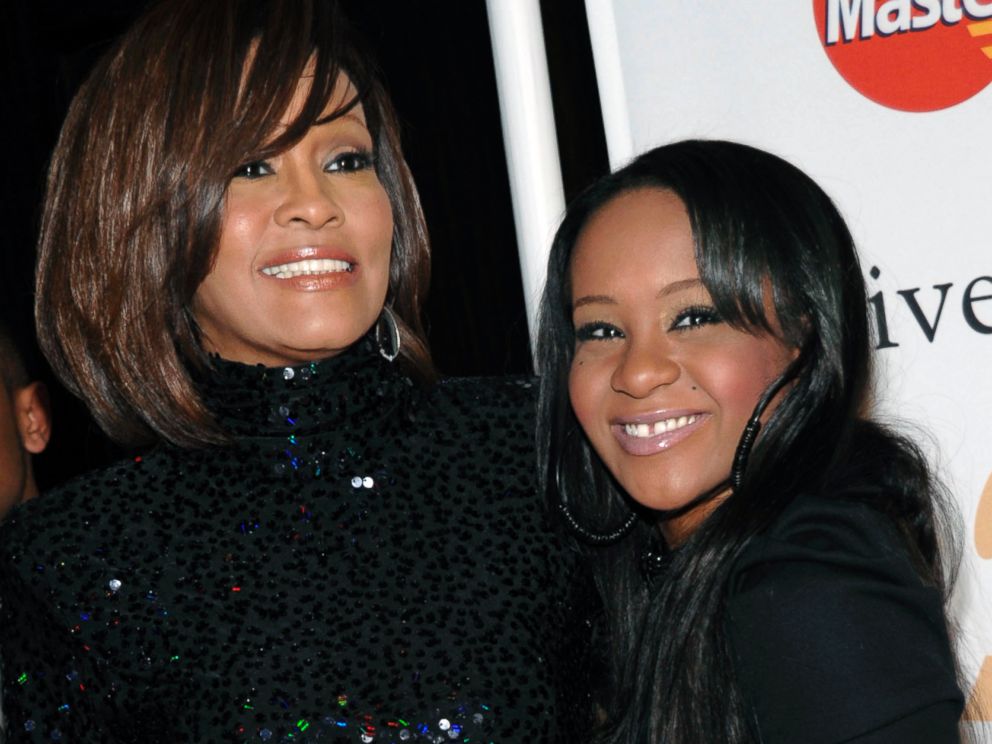 Bobbi Kristina Brown, the daughter of Whitney Houston and Bobby Brown, died on Sunday, more than five months after being found unresponsive in her Roswell, Georgia home. She was 22 years-old.

“Bobbi Kristina Brown passed away Sunday, July, 26 2015, surrounded by her family. She is finally at peace in the arms of God. We want to again thank everyone for their tremendous amount of love and support during these last few months,” a statement from the Houston family said.

Brown, an aspiring actress and singer, was found in her bathtub by a friend, Max Lomas, and her partner Nick Gordon on Jan. 31 and taken to a local hospital, according to police. Sources later told ABC News that she was moved to the Neurology Intensive Care Unit of Emory University Hospital a few days later, and then to a rehab facility in late March.

In late June, her aunt Pat Houston said Brown was moved to hospice care after her condition worsened.

“Despite the great medical care at numerous facilities, Bobbi Kristina Brown’s condition has continued to deteriorate. … She has been moved into hospice care. We thank everyone for their support and prayers. She is in God’s hands now,” she said in a statement.

Brown was discovered almost exactly three years after her mother was found unresponsive in a tub at the Beverly Hilton Hotel in California. Houston died on Feb. 11, 2012 at the age of 48.

Bobby Brown and Pat Houston were granted joint guardianship of Bobbi Kristina in May, while she remained in rehab care. Around that time, Bobbi Kristina’s grandmother Cissy Houston said that her granddaughter remained “unresponsive.”

“I have just returned from visiting my granddaughter Bobbi Kristina in the hospital and while she is no longer in a medically induced coma, she has a tracheotomy and according to the doctors she has global and irreversible brain damage,” she told People magazine in April.

Brown, who starred in the 2012 reality show The Houstons: On Our Own, following her mother’s death, had been very vocal about her career aspirations and her desire to follow in Houston’s footsteps. Brown also appeared on another reality show, Being Bobby Brown in 2005 and received an acting credit for a role on the show For Better or Worse in 2012.

“Let’s start this career up&&moving OUT to TO YOU ALLLL quick shall we !?!???!” she tweeted back in January.

Also, last March, Brown tweeted to her more than 140,000 fans on Twitter that she has a voice just like Houston’s. “Think about it.. She had 1 baby girl, lungs and a GORGEOUS unforgettable voice .. Who do you think ONLY has HER vocal chords.. ?” she posted.

Brown was also in the spotlight for her personal life. In early 2013, she tweeted that she had married Gordon, a young man whom Houston had taken in years before. Brown fired back at those who criticized her relationship.

“I’m tired of hearing people say, ‘Eww you’re engaged to your brother or if Whitney was still alive would we be together or would she approve of this.’ Let me clear up something. We aren’t even real brother and sister, nor is he my adoptive brother,” she wrote on Facebook.

But despite her claims of marriage, a lawyer for Brown’s father said, “Bobbi Kristina is not and has never been married to Nick Gordon.”

After Brown was born on March 4, 1993 in Livingston, New Jersey, her mother gushed to Barbara Walters about how life had changed.

“[I’m] married with a baby and happy,” she told Walters. “Content … I have no complaints, I am blessed … I found out what I want and I got it. Well, I’ve got a great man, got a beautiful baby girl. I have honesty in my marriage and love in my home.”

After Houston died, Brown opened up to Oprah Winfrey about the loss.

“I’m doing as good as I possibly can. Just trying to keep going,” she said. “I can hear her voice and her spirit talking to me telling me keep moving, baby. I can always feel her with me,” she said. “She humbles me. I remember what she told me, I remember what she taught me. … She was a sister, a comforter. The spirit that she had — no matter where she was … she touched everyone.”

When it comes to ransomware, you don't always get … END_OF_DOCUMENT_TOKEN_TO_BE_REPLACED

Peyton Carr is a financial advisor to founders, … END_OF_DOCUMENT_TOKEN_TO_BE_REPLACED