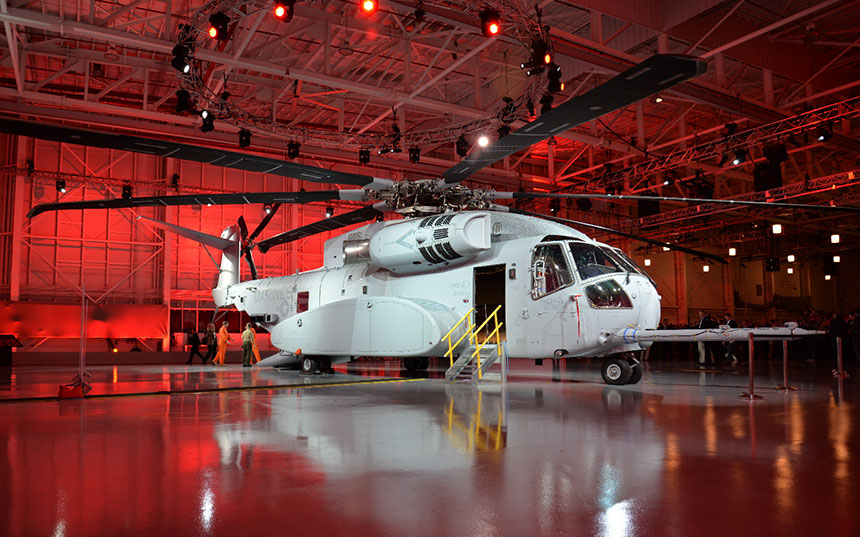 July 5 (NAP) — The CH-53K King Super Stallion has completed its first phase of test flights from West Palm Beach, Fla. to Naval Air Station Patuxent River, MD. as it transitions to its next test phase, Lockheed Martin announced on Wednesday.

The flight was over 800 miles with a total flight time of six hours and is the first of a planned series of long-range flight tests until Early 2018. The program will be overseen by Sikorsky, the Navy and Marine Corps during the transition to Pax River /

“This first movement of CH-53K flight testing to our customer’s facility denotes that the aircraft have achieved sufficient maturity to begin transitioning the focus of the test program from envelope expansion to system qualification testing,” Dr. Michael Torok, vice president of CH-53K programs at Sikorsky, said in a press release. “This has been the plan from the beginning and is another important step toward getting these fantastic aircraft into the hands of the U.S. Marine Corps.”

The CH-53K King Super Stallion is a heavy-lift transport helicopter being developed by Sikorsky for the U.S. Marine Corps. It is an extensive redesign of the CH-53E Super Stallion, featuring three powerful new engines that give it triple the lift capacity and a larger cabin than the Super Stallion.

The rotory aircraft can carry an external load of up to 27,000 pounds more than 120 miles, giving it excellent mobility for heavy cargo lifts and is large enough to carry HMMWV vehicles internally.

The King Stallion has a composite airframe structure that is lighter and stronger than earlier models along with composite rotor blades. It is suitable for troop and cargo transport, medical evacuations, and search-and-rescue operations. The Marine Corps is expected to purchase 200 King Stallions, with the first six being delivered next year.

The Sea Stallion series of heavy lift helicopters has been in use with refurbishment and upgrades by the Marine Corps for over 50 years.

When it comes to ransomware, you don't always get … END_OF_DOCUMENT_TOKEN_TO_BE_REPLACED

Peyton Carr is a financial advisor to founders, … END_OF_DOCUMENT_TOKEN_TO_BE_REPLACED