You are here: Home / Education / European countries mobilize against Trump’s order on the abortion restrictions 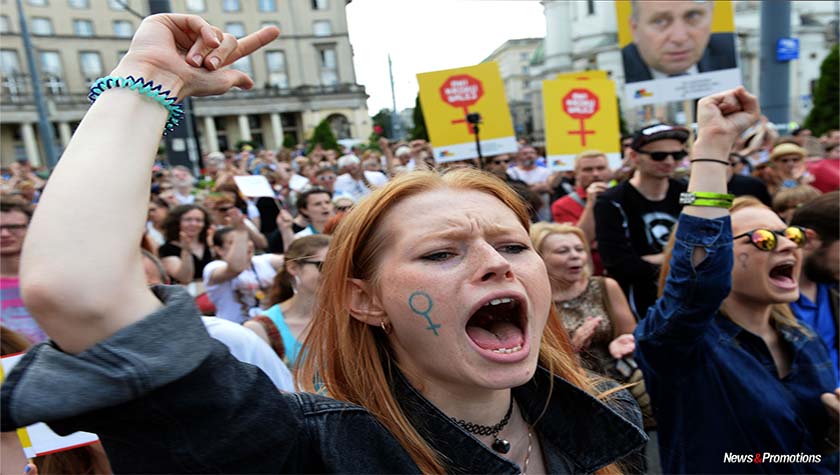 Four European countries will organize the next month an international reunion in order to counteract the order of the president of the United States Donald Trump of locking the financing from the federal funds of the organizations providing services related to the abortion, inform the DPA. The Netherlands, Sweden, Denmark and Belgium shall co-chair the meeting on March 2, that will take place in Brussels, indicated the Swedish minister for the international development, Isabella Lovin. ‘It could be so dangerous for so many women. If women don’t have control over their bodies and their own fate it can have very serious consequences for global goals of gender rights and global poverty eradication’, said the Swedish Minister.

The representatives of about 50 countries and of several international organizations which provide information and counselling regarding the abortion and the reproductive health have been invited to the conference on the topic ‘She decides’. One of the objectives is to raise funds for the organizations affected by the financial problems after the decision of Trump. The Netherlands government committed to offer the amount of 10 million dollars. The executive order signed on January 23 by Donald Trump stops the financing from the federal funds of the USA the international NGOs that offer services related to the abortion, including advice and recommendations to the entities that does it.

The abortions in unsafe conditions are one of the main causes of the maternal mortality. The militants for the public health from all over the world warned that this order of Trump will have serious consequences. The restrictions on the abortion were adopted for the first time during the Republican president Ronald Reagan, in 1984, after which they were canceled by the Democrat Bill Clinton. They were applied again by the Republican George W. Bush and canceled by the Democrat Barack Obama.

When it comes to ransomware, you don't always get … END_OF_DOCUMENT_TOKEN_TO_BE_REPLACED

Peyton Carr is a financial advisor to founders, … END_OF_DOCUMENT_TOKEN_TO_BE_REPLACED