You are here: Home / Entertainment / Final trailer for ‘Beauty and the Beast’ was released 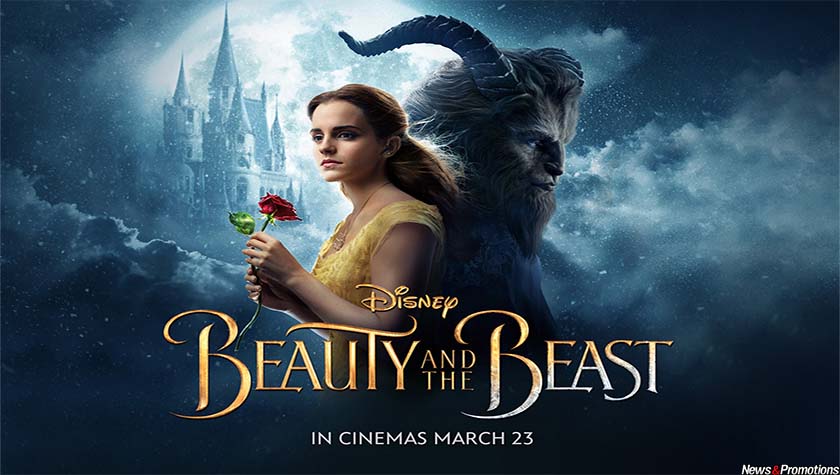 For all the anxious fans, the final trailer of the movie ‘Beauty and the Beast’ was launched. It is the the new remake of the Disney studio, with Emma Watson in the main role, according to the French website TéléLoisir which broadcasts the video. As it was expected, the last images are stunning and they offer a bonus: the song ‘How does a moment last forever’, played in duet by Ariana Grande and John Legend! The Disney Studio made a huge move with this new and last trailer from the remake of the film ‘Beauty and the beast’ which will be released in cinemas across the Europe on March 22.


Read all the way down to bottom of page to watch the Official Trailer!!!!
The British actress Emma Watson, amazing in the role of the beautiful Belle, and Dan Stevens, in the role of the Beast appear in these images that will introduce the public into the fascinating world of Disney. The images we can see in the trailer are a mixture of passion, danger and emotion, which follow each other rapidly on the song interpreted in duet by Ariana Grande and John Legend. In the original version, this song was played by Céline Dion. Directed by Bill Condon, who also directed ‘Twilight’, this new version of ‘Beauty and the Beast’ is one of the most highly anticipated films of this year. It is expected in particular by the fans of the actress Emma Watson, who became famous through the series of films ‘Harry Potter’. The young actress, a known feminist militant, offers the character Belle a modern aura and a liberated spirit, totally different from the one of the Cinderella.

Full of promises, the final trailer lets the public see a female character more independent and a more human and fragile monster which will conquer the hearts of the people. A story of love, for all the ages. To watch the Official Trailer scroll down to the bottom of this article.


Beauty and The Beast: Official Trailer

When it comes to ransomware, you don't always get … END_OF_DOCUMENT_TOKEN_TO_BE_REPLACED

Peyton Carr is a financial advisor to founders, … END_OF_DOCUMENT_TOKEN_TO_BE_REPLACED