You are here: Home / Education / The French jihadist Rachid Kassim, was targeted in a bombing mission in IRAQ 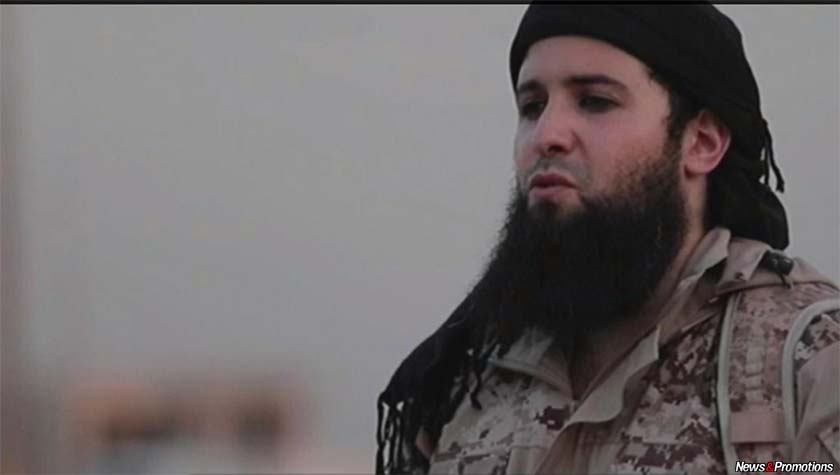 The coalition against the Islamic State aimed, in a bombardment, in the vicinity of Mosul in Iraq, the French Jihadist Rachid Kassim, considered the initiator of several attacks in France, confirmed the Pentagon, writes the AFP. The Ministry of Defense didn’t say what happened to the French man in this bombing. But, in Paris, a high responsible in the fight against the terrorism, under the protection of anonymity, informed that Rachid Kassim was probably killed. Originating from the center of France, Rachid Kassim in the age of 30 years, directed from Syria more assassinations committed in France and launched on the internet many calls to murder.

According to a French source close to the investigation, he was the ‘inspirator’ of Larossi Abballa who killed a policeman and his girlfriend on June 13, at Magnanville, in a suburb of Paris. According to the same source, he gave directly instructions to Abdel Malik and to Adels Kermiche, the two assassins of a priest in the Saint-Etienne-du-Rouvray church, near the Rouen, on July 26. Dressed in camouflage uniform with turban on the head and with a black beard, Kassim appeared at the end of July in a video recording of the propaganda and in which he praises the action of the murderer in Nice (86 dead people, on July 14), Mohamed Lahouaiej Bouhlel.

France, which participates in the coalition against the Islamic State conducted by the United States in Syria and Iraq, was hit from 2015 by a wave of attacks that ended with 238 dead people, recalls the AFP. The Constitutional Council of France established that the fact of accessing, in the usual way, the websites with jihadist content should not be penalized with imprisonment, estimating that this provision in the penal code limits, in a disproportionate way, the freedom of expression, notes Le Monde in its online edition.

When it comes to ransomware, you don't always get … END_OF_DOCUMENT_TOKEN_TO_BE_REPLACED

Peyton Carr is a financial advisor to founders, … END_OF_DOCUMENT_TOKEN_TO_BE_REPLACED