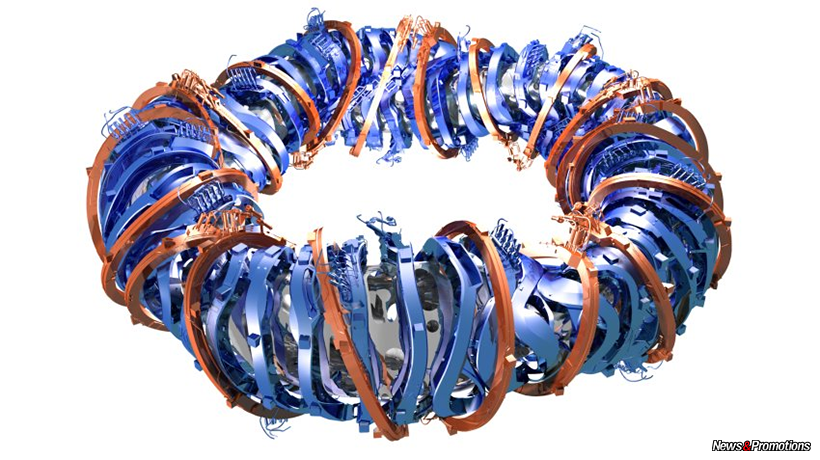 The German reactor of nuclear fusion Wendelstein 7-X W7-X works and it promises infinite and green energy for ever, according to a study published in the Nature Communications magazine, transmits the Live Science. For several decades the scientists from different countries of the world aimed at the construction of a reactor of nuclear fusion to generate energy in the same way the stars do it. Incorporated in the energy centrals, this technology of ‘star in the jar’ type has the ability to assure us, for good, infinite energy obtained without any kind of pollution. And according to the information coming from Germany, scientists are a step closer to this objective. A fusion reactor works through the fusion of the atomic cores’ of the easy elements and their conversion into heavier elements.

The fuel used for the fusion is the hydrogen, the most abundant chemical element in the universe and which can be very easily extracted from water. To produce the fusion reaction, some temperatures comparable with those from the inside of the Sun are needed, to warm up the hydrogen until it gets into the stage of plasma. This plasma is so hot that would instantly melt any material used to contain it. Here is where the way in which W7-X was made intervenes. The W7-X isolates the plasma flow in a strong magnetic field generated by the huge superconductive coils which are cooled to almost zero absolute (-273,15 Celsius). The plasma, situated at temperatures over 80 million Celsius degrees, does not enter in contact with the walls of the cavity in which it is located.

David Gates from the Princeton Plasma Physics Laboratory coordinates the project W7-X. Regarding the long-term objective, Gates stated that the nuclear fusion reactors, if will be built as expected, will ensure infinite, clean and safe energy for the whole planet.

When it comes to ransomware, you don't always get … END_OF_DOCUMENT_TOKEN_TO_BE_REPLACED

Peyton Carr is a financial advisor to founders, … END_OF_DOCUMENT_TOKEN_TO_BE_REPLACED