You are here: Home / Business / Hillary Clinton and Donald Trump launched the last weekend of mobilization before the elections 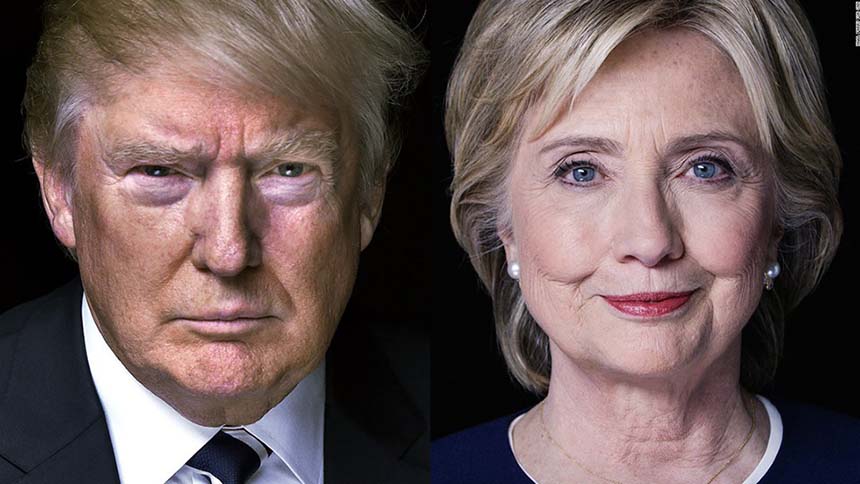 Hillary Clinton and Donald Trump launched the last weekend of mobilization in the campaign for the presidential elections in the United States, organized on November 8. The democrat candidate of 69 years, does not stop repeating that these elections ‘are the most important’ for the life of the Americans. The actual president adopted the same apocalyptic message, stating that the elections could change the ‘the course of the history.’ Trump evokes the scandal of the e-mails sent by Hillary Clinton when she was the secretary of state, case reopened recently by the FBI, to denounce the supposed corruption, and what he considers to be the inability of the democratic candidate to become president.

In the middle is a handful of undecided Americans, oscillating between the two options which do not convince them in a decisive manner despite of the frantic campaign that monopolized the media attention for a year and a half. The key for Hillary Clinton, consists in maximizing the participation of the voters who formed the Obama coalition: the Afro-Americans, the Hispanics and young people. But, the rate of the participation of the Afro-Americans will be less than in 2012, according to the numbers about the participation in the advanced vote in North Carolina and Florida.

In turn, Donald Trump tries to stimulate the enthusiasm of his key voters, consisting of white men and without studies. He will have three public appearances in: New Hampshire, Ohio and Pennsylvania. At the national level, Hillary Clinton has, an advance of two points in front of Trump. But, the suspense relates only to the 12 key states, where the camps of the two candidate concentrate their visits. The Democrat candidates dominates in the most of the recent polls, but the contradictory results leave the commentators dumbfounded and give shivers to the Democrats.

When it comes to ransomware, you don't always get … END_OF_DOCUMENT_TOKEN_TO_BE_REPLACED

Peyton Carr is a financial advisor to founders, … END_OF_DOCUMENT_TOKEN_TO_BE_REPLACED