You are here: Home / Business / Hillary vs Trump: Who will win the race to the White House? 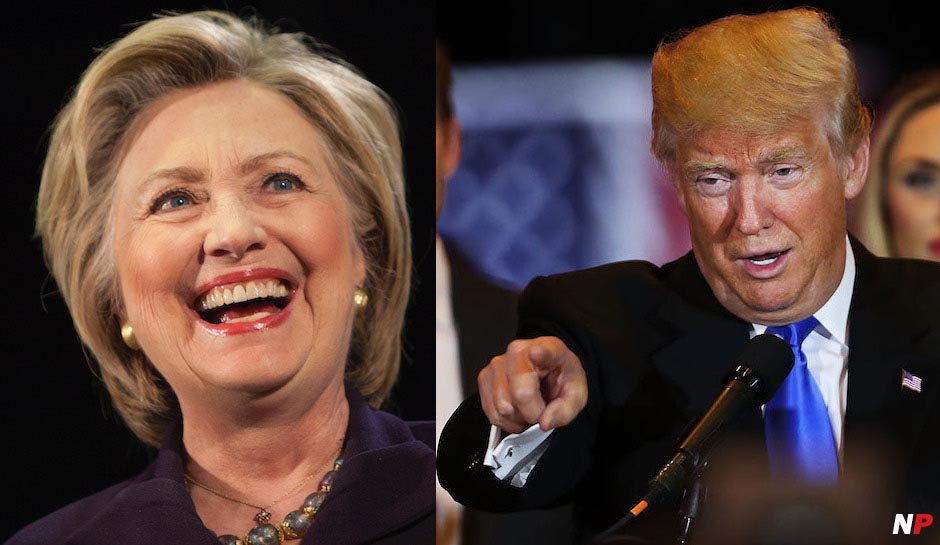 Republican presidential nominee Donald Trump’s lead over Democratic challenger Hillary Clinton is widening, according to a new poll by a conservative-leaning group.

The Rasmussen Reports poll has Trump up 5 points over Clinton – 44 percent to 39 percent. Libertarian presidential nominee Gary Johnson was at 8 percent; Green Party nominee Jill Stein is at 2 percent.

Rasmussen’s previous national poll had Trump ahead but only by 2 points. In the earlier poll, the businessman-turned-politician was at 42 percent compared to the former Secretary of State’s 40 percent after trailing her by four points the week before.

Trump’s latest numbers in the Rasmussen poll are his highest in the last two months.

Trump has a wide lead – 45 percent to 27 percent – among independent voters. Johnson picked up 16 percent of the support from unaffiliated voters, as well as 5 percent of GOP voters and 3 percent of Democrats. Stein posted single digits among all three groups.

The average, which factors in polls by NBC News/Wall Street Journal, Associated Press, Fox News and CBS News/New York Times among others, has Clinton up by 3 points – 46 to 43 percent. The Rasmussen poll is not included in the RCP average.

Two of the included polls – LA Times/USC Tracking and NBC News/Survey Monkey Poll – have Trump ahead of Clinton by a margin of 2 points and 1 point, respectively. The Reuters/Ipsos poll shows the two candidates are tied at 39 percent.

When it comes to ransomware, you don't always get … END_OF_DOCUMENT_TOKEN_TO_BE_REPLACED

Peyton Carr is a financial advisor to founders, … END_OF_DOCUMENT_TOKEN_TO_BE_REPLACED