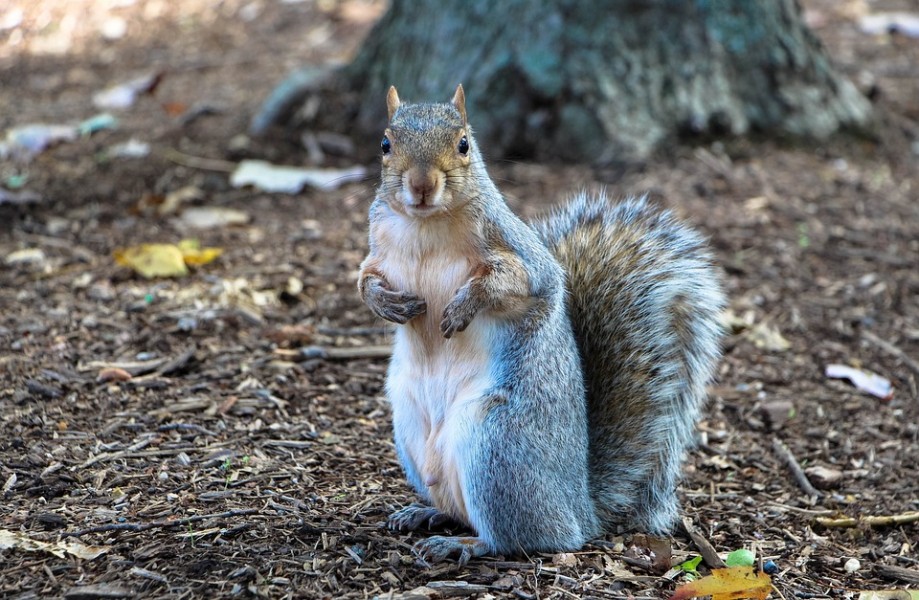 Putter the squirrel lives in a tree above Fantasy Isle Ice Cream and Mini Golf in Holden Beach and has gotten quite comfortable fattening up with her daily treats.

“You call her name, and she literally will come out of her nest in one of these big trees and hop her way down to the roof, ultimately to the rail and waits on her cone,” Scott Martin told local ABC affiliate WWAY. He co-owns the business with his wife, Pam Martin.

“A lady came back in and said, ‘There’s a little squirrel out there that I offered a little bite of my cone to, and she took off with the whole thing,’” Scott Martin said, recounting how they discovered Putter. “First thing, I offered to get her a new cone. But then Putter kept coming back for more.”

Customers have warmed up to the idea of the ice-cream-loving squirrel.

“The first thing they ask for — ‘Is Putter here? Have you seen Putter today?’” Pam Martin told WWAY. “So they come. They know she’s here, and they want to see her.”

Putter, who also goes by the nickname Putt-Putt, eats her ice cream from petite, squirrel-size cones the shop keeps on hand just for her.

Her flavor of choice? “Vanilla, and I started giving her no-sugar-added because I don’t need her to be a diabetic. It has nuts in it, so she loves that,” Scott Martin said with a laugh.

“She’s quite a little character,” he added. “She actually plays golf with the kids. She’ll run around the course and play with the golf balls. She’s a cute little mascot. We’re blessed to have her.”

When it comes to ransomware, you don't always get … END_OF_DOCUMENT_TOKEN_TO_BE_REPLACED

Peyton Carr is a financial advisor to founders, … END_OF_DOCUMENT_TOKEN_TO_BE_REPLACED