You are here: Home / Education / IVC Filter Lawsuits are filling up in 2017 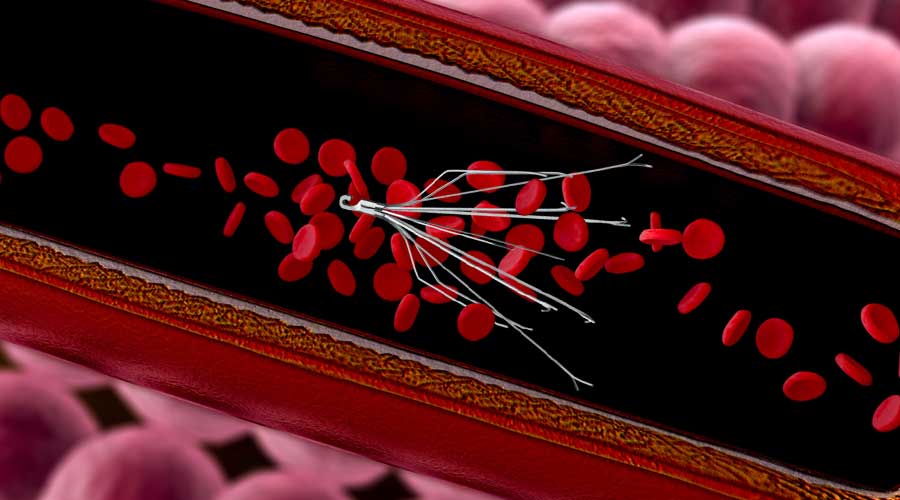 The IVC filter is a medical device that is implanted in the inferior vena cava (IVC), a large vein that carries blood from the lower body to the heart. It looks something like an umbrella with just the shaft and ribs but no covering. The filter is designed to trap blood clots that often form in the deep veins in the legs and subsequently break off and travel, via the IVC, to the heart and then to the lungs. When this happens it causes a medical condition known as a pulmonary embolism (PE).

If the blood is carrying a clot, it will eventually reach a point where the arteries branch and become narrower. The clot becomes too large to continue forward, which then blocks the artery. This is a pulmonary embolism. If a large blood clot blocks the artery in the lung, blood flow may be completely stopped, causing sudden death. A smaller clot reduces the blood flow and may cause damage to lung tissue. The resulting low levels of oxygen in the blood can harm other organs as well. Usually there is more than one clot involved. The condition can be fatal, particularly when it has not been diagnosed. 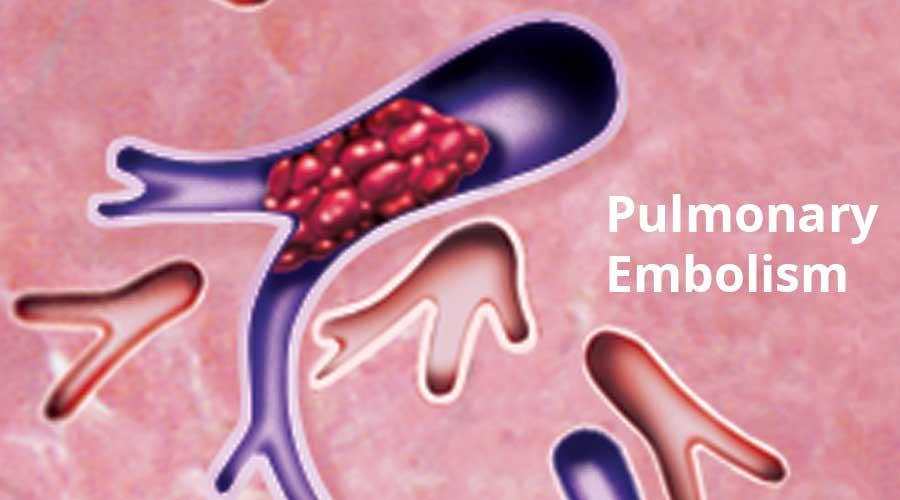 IVC Filter as a Treatment for Pulmonary Embolism

Deep vein thrombosis and pulmonary embolisms are together known as venous thromboembolism (VTE). VTE is generally treated with blood thinners like Heparin or other anticoagulants, like Coumadin. For patients who have a high risk of developing pulmonary embolism (PE) and in cases where blood thinners either cannot be used or have not proven successful in preventing VTE, other medical procedures may be necessary.

To place the IVC filter, doctors insert a catheter—a thin tube—into a large vein in the neck or groin. The catheter is advanced through the vein to the inferior vena cava. The filter is then fed through the catheter to the IVC and released. The legs or struts of the device then expand and attach to the walls of the vein.

There are two main types of IVC filters—permanent and retrievable.

The first IVC filters were permanent by design. They were built surgically by stitching a grid-like filter across the inferior vena cava, using strands made of dacron, a synthetic polyester fiber, soaked in Teflon. This procedure was first tried in 1957 by Marion S. DeWeese and D.C. Hunter Jr., and was performed on 112 patients between 1957 and 1972. In a 1973 article summarizing his 15-year experience with this type of surgery, Dr. Weese remarked, “There are no hazards of migration, [or] late perforation of the wall of the vena cava…” Migration and perforation are two principal complications of today’s IVC filters. It is interesting to see that doctors were aware of these dangers over 40 years ago.

The DeWeese filter required major surgery and general anesthesia (patient is completely unconscious). But in the late 1960s, an umbrella-shaped filter similar to modern devices was developed by Kazi Mobin-Uddin. Like the modern filter, it was implanted under local anesthesia with a catheter. The filter was released for general use in 1970, but it had high rates of filter blockage, pulmonary embolism and migration. The Kim-Ray Greenfield filter began to be used in 1972, and by 1990 over 120,000 had been implanted in the U.S.

In the early 1990s, 400 patients were recruited for a study of permanent filters known as the PREPIC (Prevention du Risque d’Embolie Pulmonaire par Interruption Cave) study. Four different permanent filters were used in the study. All the patients had anticoagulation therapy, but only half were treated with an IVC filter. The study results were not encouraging. As reported in a 2013 editorial in JAMA Internal Medicine (a journal of the American Medical Association), at two years there was no difference in mortality between the two groups, but the patients who receive a filter had a higher rate of deep vein thrombosis (DVT). There was a slight reduction in PE in the filter-treated patients, but it was not statistically significant. At eight years, the death rate in the two groups was nearly identical and the rate of DVT remained significantly higher in the patients who had received a filter. The overall rate of venous thromboembolism (DVT + PE) was comparable between the two groups.

The retrievable filter began to be used in the 1990s. However, in spite of the fact that there were many well-known dangers associated with leaving the devices in the inferior vena cava for long periods of time, research revealed that retrievable filters were not being removed.

In 2010, the U.S. Food and Drug Administration (FDA) first warned of several long term risks linked to IVC filters and expressed concern that retrievable devices were not being removed once the patient’s risk for PE had subsided. A systematic review of 37 IVC filter studies involving 6,834 patients, published in the Journal of Vascular and Interventional Radiology in 2011, found that only about a third of the filters were removed. The review’s authors wrote that, “Long term complications are a serious concern with the use of these filters.”

In 2014, the FDA again warned that filters were not being removed and advised that IVC filter complications could be avoided if the filter was removed as soon as the risk of PE had subsided. Among those complications the FDA listed:

An article on PulmCCM, a website devoted to pulmonary and critical care medicine, suggested that retrievable IVC filters were not being removed as a result of “medical-legal and psychological disincentive[s] to doing so.”

Is the IVC Filter Effective?

The effectiveness of the inferior vena cava filter has been questioned in the medical literature for several years. The evidence base for these devices appears to be compromised by the weakness of the studies. The authors of the systematic review of 37 studies mentioned above noted that their findings were limited by evidence that was “of intermediate strength at best,” and called for long-term studies and research that evaluates the risks and benefits of filter retrieval.

The 2013 JAMA Internal Medicine editorial was subtitled, “How Could a Medical Device Be So Well Accepted Without Any Evidence of Efficacy?” A 2015 paper published in the Journal of the American Medical Association reported on the results of a study that looked at 399 patients who were hospitalized for acute pulmonary embolism with acute lower-limb deep vein or superficial vein thrombosis. The researchers found that adding a retrievable IVC filter to anti-coagulation therapy did not improve outcomes and concluded that their results “do not support the use of this type of filter in patients who can be treated with anti-coagulation.” The retrievable inferior vena cava filter has gained FDA approval through the FDA’s 510(k) process, in which medical devices are approved on the basis of their similarity to existing devices, not on the basis of human trials verifying safety and efficacy. A report prepared by the National Academy of Medicine concluded that 510(k) approval “is not a determination that the cleared device is safe or effective.”

When it comes to ransomware, you don't always get … END_OF_DOCUMENT_TOKEN_TO_BE_REPLACED

Peyton Carr is a financial advisor to founders, … END_OF_DOCUMENT_TOKEN_TO_BE_REPLACED