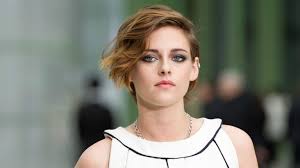 Girl power was in full force at Refinery29’s NewFronts presentation this year. The digital lifestyle media company announced a new slate of over a dozen original series, including a handful of projects with Hollywood A-listers such as Kristen Stewart, America Ferrera and Gabourey Sidibe.

Both Stewart and Sidibe will make their directorial debut with short films titled Water and A Tale of Four Women, respectively. Their shorts will be part of “ShatterBox Anthology,” a series featuring 12 engaging and inspiring short-form original scripted films created by female directors, writers and animators.

Meanwhile, Ferrera will serve as an executive producer for “Behind The Headlines,” which Refinery29 described as “a multimedia experience made up of video, editorial and high-impact imagery, dedicated to humanizing the conversations around the issues that matter to women.” She will also executive produce a docu-series called Only Girl which explores what it means to be a female in a male-dominated field.

The company also said it is breaking into virtual reality with its own production studio — VR29 Studios — focusing on 360-degree programming. Refinery29 will launch one VR/360 asset every week for the remainder of 2016.

So far, Refinery29’s offerings have been attracting a lot of eyeballs. Since launching R29 Originals in April of 2015, Refinery29 said its video views have increased 10x year-over-year across platforms. It now amasses 100 million video views a month across platforms including YouTube, Facebook and Instagram.

The female-geared publisher said its video production unit, R29 Originals, focuses on content with the theme of “claiming power” through passion, strength and empathy.

When it comes to ransomware, you don't always get … END_OF_DOCUMENT_TOKEN_TO_BE_REPLACED

Peyton Carr is a financial advisor to founders, … END_OF_DOCUMENT_TOKEN_TO_BE_REPLACED