You are here: Home / Entertainment / Leonard Cohen has died at 82 years: the stars react on the social media networks 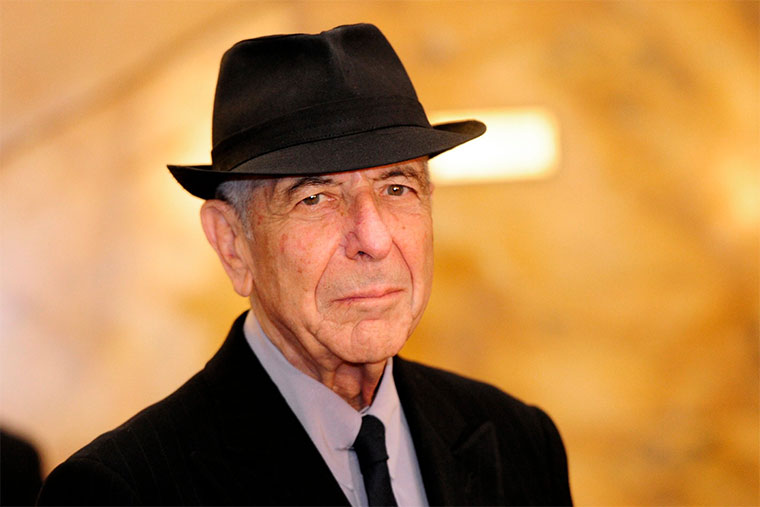 The death of the poet, novelist and musician Leonard Cohen at the age of 82 years caused a wave of reactions on the social media from both fans and stars. Jennifer Hudson thanked Leonard Cohen for his dedication for music but also for writing ‘of my favorite songs to sing “Hallelujah”. Justin Timberlake wrote on Twitter that Leonard Cohen was ‘The spirit and soul beyond compare’. Alanis Morissette limited to use an emoticon that shows sadness while Russell Crowe published a message on Twitter. ‘Dear Leonard Cohen, thanks for the quiet nights, the reflection button, the perspectives, the wry smiles and the truth.’

Another magical voice stilled.’ Kiefer Sutherland posted on Twitter: ‘A brilliant Canadian artist passed today. Leonard Cohen, rest in peace. Hallelujah’. The writer Paulo Cohelo published a short message on Twitter in which he wrote: ‘Rest in peace’ and he added a link to the song ‘Hallelujah’. The director Ron Howard wrote on Twitter that one of his favorite singer-poets died. The Canadian prime-minister Justin Trudeau wrote: ‘On behalf of all Canadians, Sophie and I wish to express our deepest sympathies to Leonard Cohen’s family, friends, colleagues and many, many fans. Leonard, no other artist’s poetry and music felt or sounded quite like yours. We’ll miss you.’

When it comes to ransomware, you don't always get … END_OF_DOCUMENT_TOKEN_TO_BE_REPLACED

Peyton Carr is a financial advisor to founders, … END_OF_DOCUMENT_TOKEN_TO_BE_REPLACED