You are here: Home / Business / The line of clothes and shoes signed by Ivanka Trump, no longer sold at Nordstrom 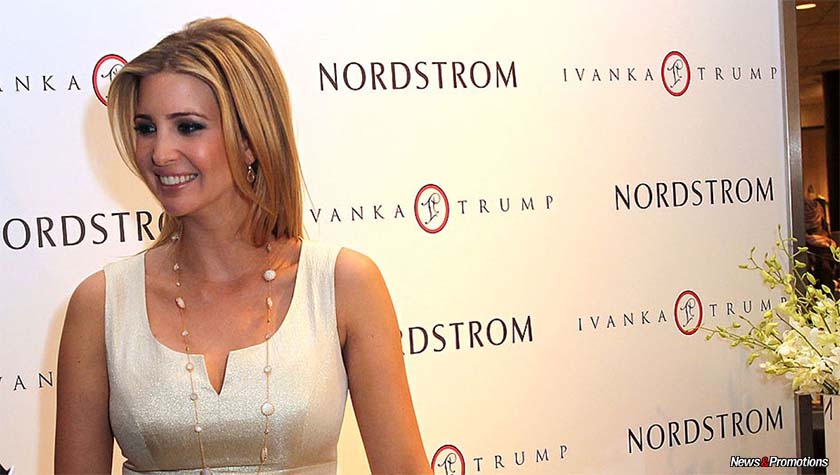 The famous American chain store Nordstrom announced that will renounce at the clothes and shoe line signed by Ivanka Trump, quoting the decreasing sales, after a boycott campaign, reports the AFP. In a press release, Nordstrom stated that its purchasing decision is taken based on the performance of the products and the renunciation of some of the over 2,000 brands sold in their stores is part of the regular rhythm of their business. The announcement made by Nordstrom occurs after a campaign called #GrabYourWallet, which requires the consumer to boycott the shops selling products signed by Trump. The campaign was launched in October 2016 by two women who chose for the title of the campaign a name which refers to a vulgar remark made by Donald Trump regarding the women in a video from 2005.

Ivanka Trump has a past in the world of the modeling and a brand of clothing and shoes with her name. In addition, the daughter of the president launched her own line of jewelry, the design of which she signs. At the end of last week, on the day when the anti-immigration decree of the father was launched, Ivanka Trump posted on Instagram a picture that received a huge of criticism on the social networks, reports the newspaper El Pais. The daughter of Donald Trump smiles in a metallic silver dress of the fashion designer Carolina Herrera and which costs about 5,000 dollars, according to the data on the site of the Neiman Marcus shop.

The comments that followed are full of accusations and critics regarding the lack of sensitivity of the Trump’s daughter about the refugees and migrants affected by this measure. On Twitter, the photo with Ivanka was put together with that of a child of a refugee, covered with a metallic thermal sheet after he had traveled on the sea at low temperatures.

When it comes to ransomware, you don't always get … END_OF_DOCUMENT_TOKEN_TO_BE_REPLACED

Peyton Carr is a financial advisor to founders, … END_OF_DOCUMENT_TOKEN_TO_BE_REPLACED