You are here: Home / Business / Melania Trump, a former Sloven model trying to be a traditional First Lady 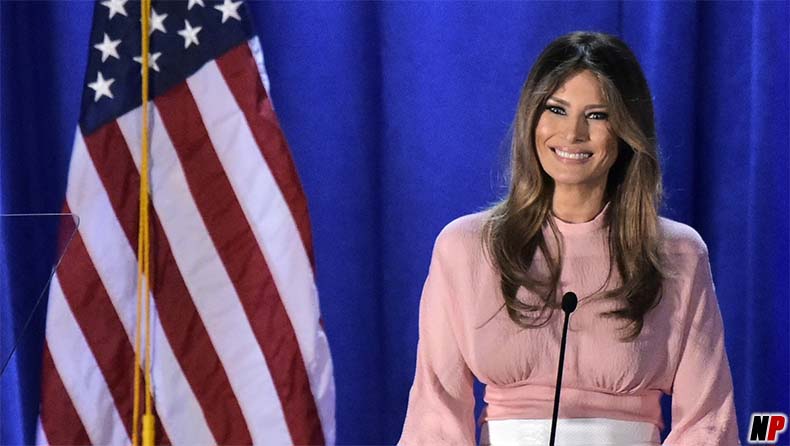 Melania Trump will be an atypical First Lady, the second born outside the United States who wants to play her part in a manner as traditional as possible. Stylish, smiling all the time, the former model with Slovenian origins was with her husband, in a white outfit, when he announced his victory in New York. Melania, 46 years, is the antithesis of her husband, Donald, with 24 year older: she is extremely discreet and avoiding to involve in polemics. During the campaign of Donald Trump she stood away from the spotlight, leaving the first place to Ivanka, Trump’s daughter and adviser. ‘Her cause’ will be ‘the needy people, in particular women and children’, but she will reserve time for their son Barron and to support her husband.

To many, it is a paradox that Trump, a candidate who caused scandals inside and outside the country with his rhetoric and xenophobic speech brings to the White House a First Lady born abroad, after the wife of the former president John Quincy Adams (1825-1829), who was British. Melania Knauss grew up in a modest apartment in a locality near Sevnica (Slovenia), in the former Socialist Federal Republic of Yugoslavia. After she began her career as a model in Milan and Paris, she moved to New York in 1996. After five years she obtained the permanent residence and in 2006 she became a citizen of America. Melania is extremely cautious when talking about her matrimonial life with Donald Trump, which she met at a party at the Fashion Week in New York in 1998. Melania is not the first ex-model from the White House, because before was Pat Nixon and Betty Ford, but she is the first to be photographed all nude and the only one as the third wife of the USA president.

When it comes to ransomware, you don't always get … END_OF_DOCUMENT_TOKEN_TO_BE_REPLACED

Peyton Carr is a financial advisor to founders, … END_OF_DOCUMENT_TOKEN_TO_BE_REPLACED