You are here: Home / Business / Mexico will not pay for America’s wall, says the president Nieto 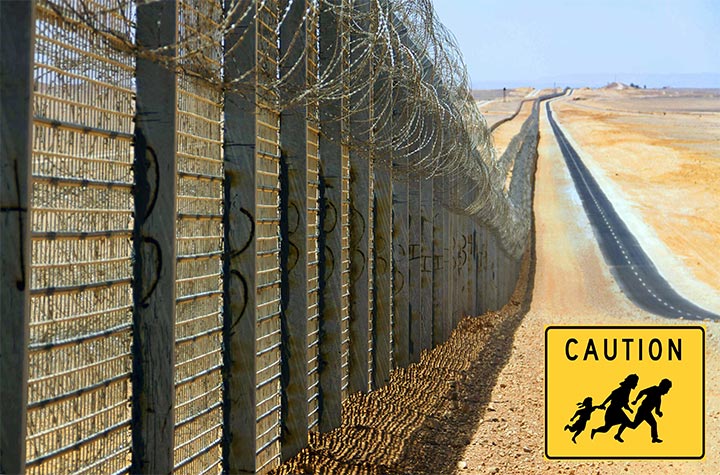 Mexico, ‘of course, would not pay for the wall’ at the border, which the future American president Donald Trump wants to build, stated the President Enrique Pena Nieto, giving assurances that he wishes to take action for a good relationship with the United States, according to the AFP.

‘It is evident that we have differences with the new United States government on some issues, such as a wall that Mexico absolutely will not pay for. At no time will we accept anything that goes against our dignity as a country and our dignity as Mexicans’, said Nieto.

A few hours sooner, Donald Trump assured once again that the American citizens will finance the budget for the construction of the wall, and Mexico will pay the compensations, later. ‘Mexico, in some form, and there are many different forms, will reimburse us.

The President of Mexico, which has expressed in front of the Mexican ambassadors gathered at the National Palace, underlined that ‘at no time will we accept anything that goes against our dignity as a country and our dignity as Mexicans.’ Regarding the agreement of the free trade, NAFTA, which Donald Trump has promised to renegotiate it, even to abolish it, Enrique Nieto Pena said that his country will search for an agreement which provides guarantees to the investments.

He repeated the request addressed to the US government to stop the illicit gun trafficking from the United States, as well as the cash flow of criminal origin which supplies the cartels from Mexico.

When it comes to ransomware, you don't always get … END_OF_DOCUMENT_TOKEN_TO_BE_REPLACED

Peyton Carr is a financial advisor to founders, … END_OF_DOCUMENT_TOKEN_TO_BE_REPLACED