You are here: Home / Business / NASA’s Curiosity Mars rover has a problem with the drilling mechanism 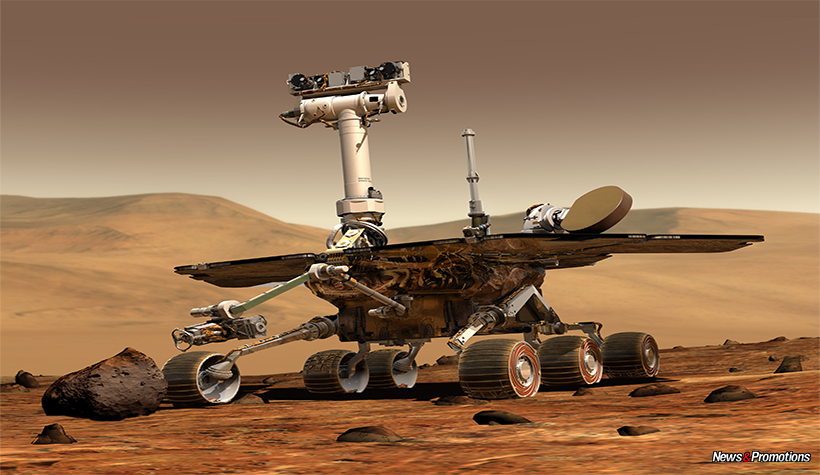 The Mars rover Curiosity of NASA stopped its ascension to a mountain that presents many cavities which might be habitable for the engineers who are in charge of the project to be able to solve a problem at one of its key-instruments, announces the scientists, informs Reuters. Curiosity landed on Mars after four years in order to determine if the planet that looks the most like the Earth from our solar system ever had the ingredients required for the presence of the life. To answer this question, Curiosity drilled into rocks and analyzed the samples from the point of view of the chemical composition. The drilling operations were suspended due to a possible problem in the engine of this mechanism, according to Ashwin Vasavada, the project responsible of the Jet Propulsion Laboratory of NASA.

The problem occurred for the first time about a week ago, Vasavada reported. The project engineers thought they solved it, but it has reappeared, he added. The problem occurs in the context in which the scientists begin to make an idea about the history of the planet with a friendly environment for life and rich in water with an interesting chemistry, the chemical element boron being discovered in premiere. The scientists think that the boron is likely to have led to the formation of the RNA and of the Ribose, which are present in the all living cells on Earth. The concentration of boron increase as Curiosity climbs on the Sharp Mountain, a mountainous region, which rises from the bottom of the Gale crater, where the Rover landed in August 2012.

The scientists established that this crater has been filled with water several times during its history, notes Reuters. Curiosity is on an area known under the name of Murray, located at about 200 meters from the place in which the rover landed.

When it comes to ransomware, you don't always get … END_OF_DOCUMENT_TOKEN_TO_BE_REPLACED

Peyton Carr is a financial advisor to founders, … END_OF_DOCUMENT_TOKEN_TO_BE_REPLACED