You are here: Home / Entertainment / Numerous stars show their support for the Democrat candidate Hillary Clinton 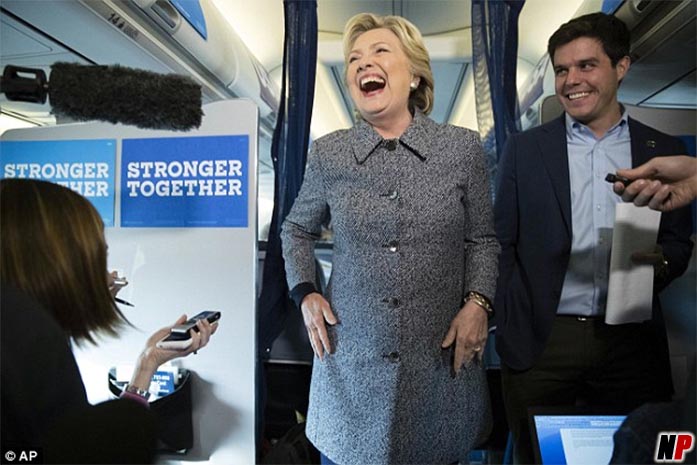 The Democrat candidate in the White House, Hillary Clinton, gathered around her a galaxy of stars, some more popular than others: her presidential campaign was completed by concerts given by Bruce Springsteen, Jon Bon Jovi and Lady Gaga, hoping to ‘conquer’ the last voters before the elections, reports on Tuesday the France Presse. Some celebrities are traditionally rather inclined to the left, but this year the preference for the Democrat candidate is unprecedented, almost no musician of reputation offering the support for the Republican Donald Trump. This artistic note that accompanied the Clinton’s campaign culminated On Monday with a concert of the legendary rock music star Bruce Springsteen in Philadelphia in the key state – Pennsylvania. The show gathered more than 40,000 people, a record for the meetings of the Democrat candidate. Before Springsteen, on stage was the singer Jon Bon Jovi, a long time supporter of the Democrat candidates.

Madonna also had a short surprise concert on Monday evening downtown New York City. The extravagant Lady Gaga will have later one of her first shows after the recent launching of her album ‘Joanne’, in North Carolina, where Hillary Clinton has programmed a last meeting before the midnight. Over the last days, when in the favor of the democratic candidate performed Pharrell Williams, the interpreter of ‘Happy’ or the pop star Jennifer Lopez, the presence of such stars can attract big crowds at these final meetings, writes AFP. Such free concerts were offered by the rapper Jay-Z and his wife, Beyoncé, last Friday in Ohio, offering the possibility to obtain the contact details of the potential voters when they reserve the tickets, which allows to contact them in order to encourage them to vote, explains the French press agency. The rock star Ted Nugent and Clint Eastwood showed their support for Donald Trump.

When it comes to ransomware, you don't always get … END_OF_DOCUMENT_TOKEN_TO_BE_REPLACED

Peyton Carr is a financial advisor to founders, … END_OF_DOCUMENT_TOKEN_TO_BE_REPLACED