You are here: Home / Business / A painting of Willem de Kooning sold for $66,3 million at an auction in New York 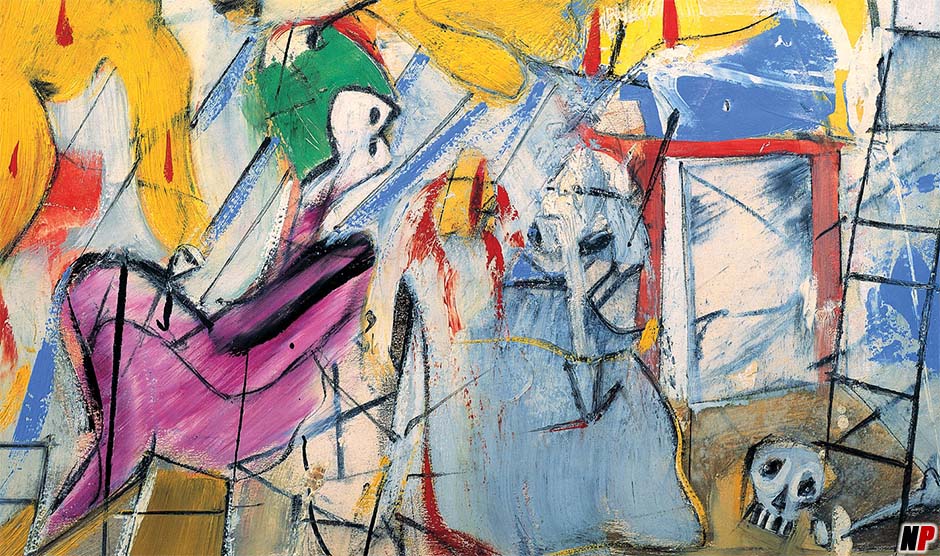 ‘Untitled XXV’, a canvas of the contemporary painter Willem de Kooning, was sold for $66,3 million, on Tuesday night, by the auction house Christie’s in New York, this representing the highest sum ever reached by a work of this artist. This impressive painting (2 meters on 2,20 meters), made by the Dutch-American artist in 1977, is emblematic for its strong and multicolored shadowing from the 70s. The canvas had been estimated by the Christie’s at 40 million dollars after it had already been established a record of the previous sale, ten years ago, of 27,1 million dollars. It was the highest amount reached, then, at an auction, after the war, by a work of art.

Still, the record belongs to the triptych of Francis Bacon, ‘Three studies of Lucian Freud’, sold for 142,4 million dollars in November 2013 by Christie’s. There is no information relating to the buyer of the ‘Untitled XXV’ painting who participated by telephone in the auction organized by the Christie’s in New York. The sale on Tuesday night is part of a series of auctions organized this week by the Christie’s and by the Sotheby’s, with which the two rival auction houses compete in prestigious works to attract collectors from the whole world and especially from Asia where the number of people who love the art works does not stop to grow. ‘Girls on the bridge’, the painting signed by the Norwegian artist Edvard Munch, sold for 54,4 millions of dollars by Sotheby’s’, gave Monday the start of the great week of art in New York.

The auctions’ week moved, then, to the Rockefeller Center, where Christie’s – the Sotheby’s rival auction house – organizes the big sale of modern art with works signed by artists like Willem de Kooning, Jean Dubuffet, Roy Lichtenstein, Andy Warhol among many others.

When it comes to ransomware, you don't always get … END_OF_DOCUMENT_TOKEN_TO_BE_REPLACED

Peyton Carr is a financial advisor to founders, … END_OF_DOCUMENT_TOKEN_TO_BE_REPLACED