You are here: Home / Featured / SpaceX’s failure could really set the company back 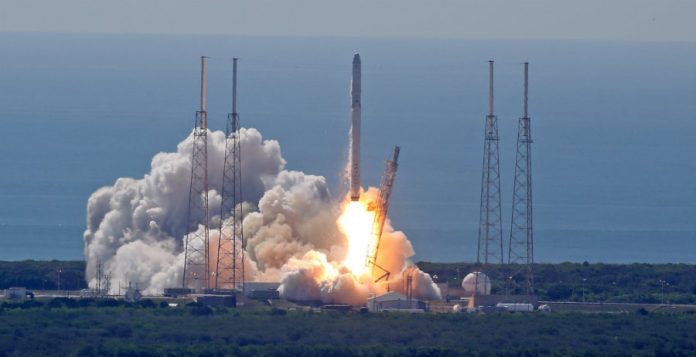 The satellite was, in part, leased by Facebook as part of its project to deliver internet access to Sub-Saharan Africa, marking the social network’s first foray into space-based internet delivery, in a partnership with the satellite company Eutelsat.

“As I’m here in Africa, I’m deeply disappointed to hear that SpaceX’s… failure destroyed our satellite that would have provided connectivity to so many entrepreneurs and everyone else across the continent,” Facebook CEO Mark Zuckerberg wrote in a Facebook post from Lagos, Nigeria.

Plans thrown up in the air
SpaceX had planned to triple the number of rocket launches in 2016 in comparison to earlier years, and now, it’s unlikely that target will be met.

Even if the explosion was not caused by some kind of issue with the rocket itself, the company will have to delay its next launch, throwing the schedule into a tumbling domino effect of further delays.

SpaceX recently announced its plan to re-fly a previously flown rocket booster as the company’s first true test of reusability — a goal it has been aiming for since Elon Musk founded the spaceflight company in 2002.

That launch — which is expected to carry a satellite for the company SES to orbit — is scheduled for October or November, but in all likelihood, that will shift.

“While there will certainly be a delay in the launch manifest as SpaceX investigates the anomaly, it might be a shorter delay than previous incidents with the Falcon 9 have caused,” Hannah Kerner, executive director of the Space Frontier Foundation, a space advocacy group, told News and Promotions via email.

Until this failure, SpaceX was expected to launch at least nine more missions, including the Amos-6 launch, before the end of the year, according to Space News.

Bad news for NASA
Looking further in the future, this explosion could lead to delays with the company’s plans to start launching astronauts to the International Space Station for NASA.

Before the failure, SpaceX was expected to launch at least one crewed test flight to space at the end of 2017, with more missions to follow the next year.

This explosion, however, could mean that those flights will get pushed, and that presents problems for NASA.

The space agency is hoping to get astronauts flying from U.S. soil again by the end of next year, hopefully ending its reliance on Russia to fly humans to the Space Station.

The private spaceflight company Boeing also has a commercial crew contract with NASA. However, the agency is hoping that both SpaceX and Boeing will be available to fly people to the station by the end of next year or the beginning of 2018.

Kerner also stressed that if delays are minimal, the failure may not affect the commercial crew schedule “much if at all.”

NASA already relies on SpaceX to bring cargo to the station on a regular basis.

The company uses its Dragon capsules and Falcon 9 rockets to loft thousands of pounds of supplies to the station under a contract with NASA throughout the year. The next launch was expected to occur in November, but it’s possible that will slip because of this explosion.

That said, NASA reports that the Space Station is adequately supplied at the moment.

The Dragon is also the only spacecraft currently flying to the station which can bring materials like experiments back down to Earth.

SpaceX has come back from failure before.
One of the company’s Falcon 9s exploded after launch in June 2015, destroying a Dragon cargo craft with it.

At that time, SpaceX put its launches on hiatus to get to work fixing the problem, and since then, the company has come back with multiple successful launches… until today.

“Companies that choose to fly their payloads on a SpaceX rocket know the risk,” Kerner said.

“I do not think they are deterred by this incident because they know SpaceX does not make a mistake twice, and they will improve everything they can after this experience.”

When it comes to ransomware, you don't always get … END_OF_DOCUMENT_TOKEN_TO_BE_REPLACED

Peyton Carr is a financial advisor to founders, … END_OF_DOCUMENT_TOKEN_TO_BE_REPLACED