You are here: Home / Business / Sting said that the victims of Bataclan will never be forgotten, at his concert of the hall’s reopening 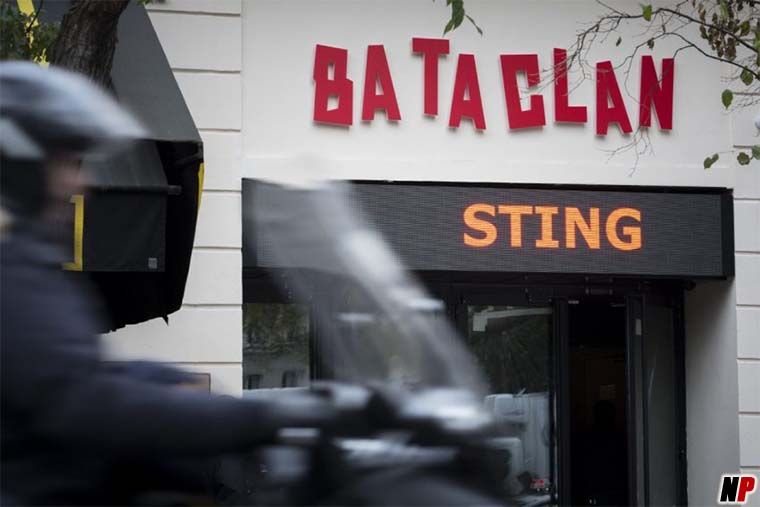 The British singer Sting began the concert for the Bataclan reopening on Saturday evening with a minute of silence dedicated to those 90 victims of the terrorist attack from one year ago. ‘We will never forget them,’ said in French, the British star and he begun the concert with ‘Fragile’. He continued with hits like ‘Englishman in New York’, ‘Every Breath you take’ and ‘Message in the bottle’. ‘I was a little surprised by some of the chosen songs,’ said a woman after the concert.

Among other things, Sting sang the song ‘Inshallah’, dedicated to the refugees. ‘But it was very appropriate. He found a good balance’, added her. After several songs, Sting came alone on the stage with an acoustic guitar, and a photograph of the American journalist James Foley, who was beheaded by members of the Islamic State, was presented. Sting finished the concert with ‘The Empty Chair’, which includes the lyrics ‘Keep my place and the empty chair, somehow I’ll be there’.

He received a long applause and his last words before leaving the stage were ‘Vive le Bataclan’. In the audience of about 1,500 persons were the survivors and relatives of those who died in the attack. The security measures were so strict that the participants had to pass through two filters. Some people lit candles outside Bataclan, and others brought flowers. The money from the Saturday evening concert will go to the two organizations for the victims’ support. At the concert for the Bataclan reopening, Jesse Hugues, the Eagles of Death Metal’s vocal, the American group which was on the stage on November 13, 2015, didn’t attend. The leader of the band was thrown out from the concert, together with another member because of the controversial statements related to the attacks. The manager of the band denied this information.

When it comes to ransomware, you don't always get … END_OF_DOCUMENT_TOKEN_TO_BE_REPLACED

Peyton Carr is a financial advisor to founders, … END_OF_DOCUMENT_TOKEN_TO_BE_REPLACED