You are here: Home / Education / Truck plows into Christmas market in Berlin, killing 9 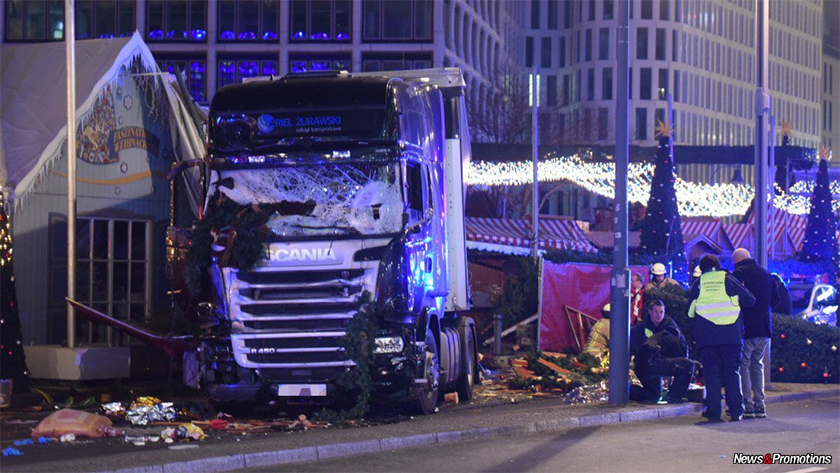 A truck plowed into a Christmas market in Berlin on Monday, killing at least nine people and injuring dozens of others in what German authorities are treating as a possible terror attack. Officials said the “co-driver” died at the scene while a suspect, possibly the driver, was taken into custody nearby. News and Promotions is collecting photos and videos from the scene in the blog below.

The Guardian reports that the truck was registered to a Polish trucking company, and that the vehicle had been due to arrive back in Poland from Italy on Tuesday morning.

The owner of the company told Agence France-Presse that the driver of the vehicle was missing.
The Polish owner of the truck that plowed into the Berlin Christmas market killing at least nine people, confirmed to the AFP that his driver was missing.

“We haven’t heard from him since this afternoon,” Ariel Zurawski said. “We don’t know what happened to him. He’s my cousin, I’ve known him since I was a kid.”

Zurawski told AFP he didn’t believe his cousin was capable of carrying out a terror attack and fears the truck may have been hijacked. 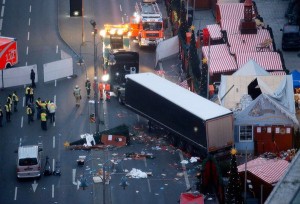 When it comes to ransomware, you don't always get … END_OF_DOCUMENT_TOKEN_TO_BE_REPLACED

Peyton Carr is a financial advisor to founders, … END_OF_DOCUMENT_TOKEN_TO_BE_REPLACED