You are here: Home / Business / The United Nations is looking into the problem Killer Robots 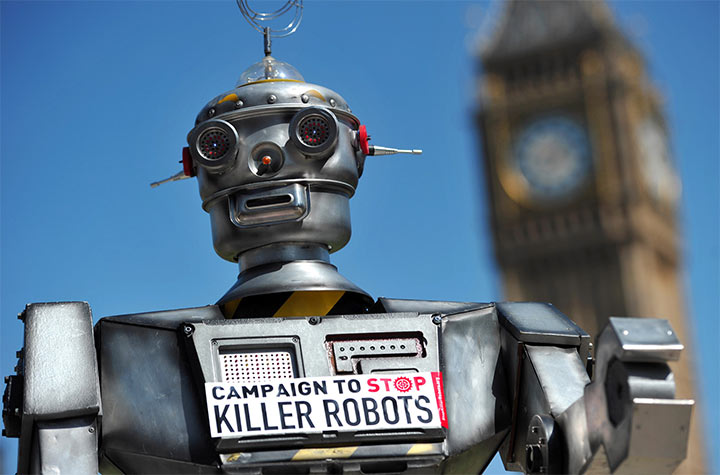 The United Nations decided that starting with 2017 will analyze, inside an intergovernmental working group, the problematic concerning the independent robots as lethal guns, writes recode.net. On the occasion of the International Convention regarding the conventional weapons, held in Geneva, the representatives of the 123 participating members voted for lodging in 2017 of the intergovernmental group of experts to analyze the matter of the lethal independent robots that can select targets without the control from the distance of the human operators.

This move might lead later at a prohibition at international level of the use of such autonomous killing machines, in accordance with the Human Rights Watch. ‘The governmental meeting of the Geneva Convention has made an important step toward stopping the development of the killing robots, but there is no time to lose’, said on this occasion Steve Goos, director of weapons at the Human Rights Watch and one of the co-founders of the ‘Stop Killer Robots’ campaign, in accordance with the hrw.org.

Leaders of the information technology companies of Silicon Valley, USA, among which Elon Musk and Steve Wozniak, have previously expressed the concern about the development of the killing robots. The two have signed a letter in which the UN required to approach this issue, also asking for the prohibition of the autonomous lethal weapons production.

Among those 1,000 people who signed the letter are Eric Horvitz – the general director of Microsoft, Peter Norvig from Google, Stephen Hawking and Stuart Russel from California University. Nineteen nations have requested the prohibition on a global level, of the lethal the robots, among these being Peru, Pakistan, Egypt, Cuba and Argentina.

The head of the company Tesla, Elon Musk criticized the killing robots, warning that the artificial intelligence is ‘our greatest existential threat and possibly more dangerous than the nuclear bombs’, according to recode.

When it comes to ransomware, you don't always get … END_OF_DOCUMENT_TOKEN_TO_BE_REPLACED

Peyton Carr is a financial advisor to founders, … END_OF_DOCUMENT_TOKEN_TO_BE_REPLACED