You are here: Home / Featured / Terry Edwards has been sentenced to death in Texas 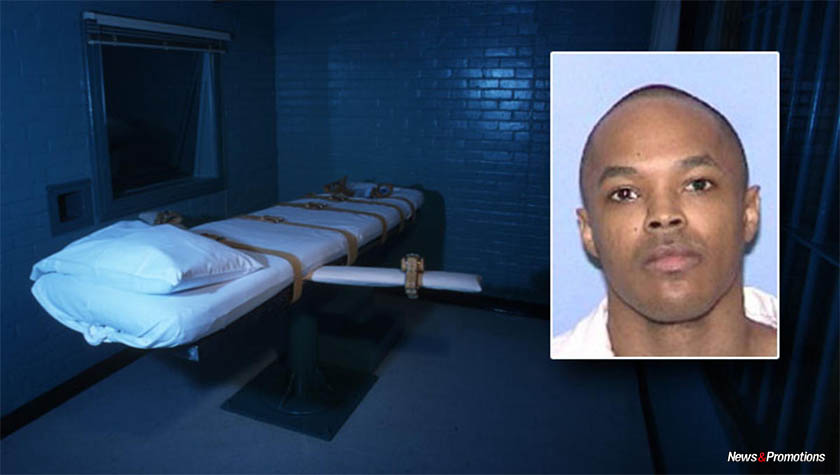 Texas (South) executed on Thursday evening a man condemned to death, in spite of the last calls in justice launched by his lawyers, who stated that the trail was marked by racism and irregularities, informs the AFP. Terry Edwards, an Afro-American man of 43 years, was declared died at 04:17 GMT, after he was administered a lethal injection in prison, in this state where are the most of the executions. His lawyers requested a last minute postponement at the Supreme Court of Justice, which was rejected. Terry Edwards was sentenced together with his cousin Kirk Edwards for killing, in 2002, two employees of a fast food in Dallas.

The two villains also stole the money from the fast food, about 3,000 dollars. Terry Edwards had been fired from the restaurant with a few weeks before. He was seen by a witness while throwing a weapon in a bin near the crime place. If the participation of the two Edwards at the facts was established, the precise role of Terry remained a controversial one. His lawyers ensure that an expertise shows that he was not the one who shot and that, unlike his cousin, he did not have a history of violence. Terry Edwards received the capital punishment after a very controversial trial during which he had an improper defense, according to his lawyers.

During a contradictory trial that allows the rejection of a certain number of potential jury, the prosecutors were systematically removed the members of the ethnic minorities, reaching in the end to a jury composed of 12 white men, stated the lawyers. In an article published on Wednesday, the Dallas Morning News made an appeal to the suspension of the execution of Terry Edwards, on the grounds that too many questionings related to the case remained unanswered.

When it comes to ransomware, you don't always get … END_OF_DOCUMENT_TOKEN_TO_BE_REPLACED

Peyton Carr is a financial advisor to founders, … END_OF_DOCUMENT_TOKEN_TO_BE_REPLACED