You are here: Home / Technology / 3 Generations of Smart Cities 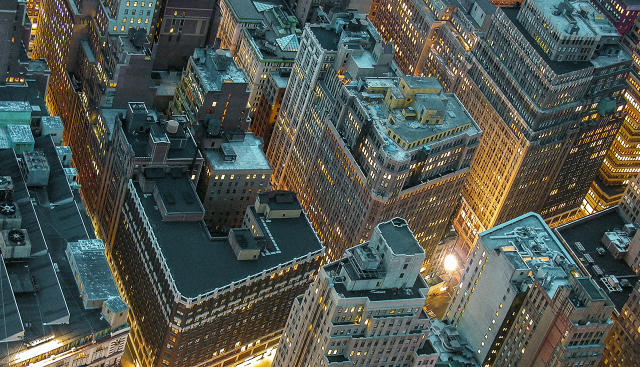 Smart cities are getting more and more attention in the media, from technology companies and entrepreneurs, and increasingly from both local governments and civil society. On one hand, smart cities hold the promise to potentially make the growing number of cities around the globe more efficient, more tech-savvy, more wired—and with all that, they can hopefully improve the quality of life for citizens.

I have been studying smart cities since 2011. At the time I conducted a review of early smart initiatives in small and large cities around the globe in an effort to understand what exactly is a smart city. As the idea has been embraced by governments around the world, I have witnessed a transformation in how some cities manifest the smart cities concept. There appear to have been three distinct phases of how cities have embraced technology and development, moving tech company driven, to city government driver, to, finally, citizen driven. Some cities move from one phase to another. Others have stuck in one throughout their experiments with smart cities. Let’s look at them in more depth.

When I first began studying smart cities, IBM and several other multinational technology companies were praising the potential for technology to transform cities into highly efficient, highly technologically driven havens for innovators. And some early adopter cities were definitely buying what they were selling too. It is no secret that global cities are in an intense competition to attract Richard Florida’s “creative class.” This technology-centric vision of smart cities certainly creates an environment that is appealing to urban technology innovators, who in turn have the potential to grow jobs and the economy. So of course some cities jumped in early.

Smart Cities 1.0 is characterized by technology providers encouraging the adoption of their solutions to cities that were really not equipped to properly understand the implications of the technology solutions or how they may impact citizen quality of life. It’s like someone who may wait in line for the latest Apple gadget without even knowing what they might use it for. They just have to have it. Smart Cities 1.0 is also the underlying philosophy behind most of the bespoke smart cities projects proposed around the globe from PlanIT in Portugal to Songdo in South Korea. These future city visions have been driven by private sector technology companies such as Living PlanIT and Cisco. In his book Smart Cities, Anthony Townsend presents a thoughtful critique of Smart Cities 1.0, arguing that tech-driven futuristic urban vision were missing out on the key dynamic of how cities interact with their citizens. I tend to agree.

This phase has been led by cities, as opposed to technology providers. In this generation, the municipality—led by forward-thinking mayors and city administrators—takes the lead in helping determine what the future of their city is and what the role is for the deployment of smart technologies and other innovations. In this phase, city administrators increasingly focus on technology solutions as enablers to improve quality of life. Perhaps one of the best examples of Smart Cities 2.0 is what Rio’s mayor did when he went to IBM to seek their expertise in creating a sensor network to mitigate the role of landslides in the hillside favelas. This project has received significant global media attention, especially as it grew to a full-blown 21st-century central operations center connected to streaming video for crime detection and prevention and integrated emergency services administration among many other integrated smart services.

Most leading smart cities, including those in my Fast Company rankings, probably are Smart Cities 2.0. Barcelona, for example, has more than 20 smart cities program areas and literally more than 100 active smart cities projects from Wi-Fi in public spaces and public transit to intelligent lighting and the promotion of an electric vehicle charging infrastructure. It has sought to provide global leadership by not just initiating numerous projects, but also supporting the growth of the smart cities industry and city networks through their Smart City Expo and also the City Protocol initiative. Like many leading cities, Barcelona has identified significant opportunities for using technology to facilitate improved quality of life for citizens and visitors.

In the past year, a new model has started to appear. Instead of a tech-driven provider approach (Smart Cities 1.0), or a city driven, technology enabled model (Smart Cities 2.0), leading smart cities are beginning to embrace citizen co-creation models for helping to drive the next generation of smarter cities.

Vienna, for example, is a leading city regularly at the top of the annual smart cities rankings. It continues to be quite active in the 2.0 model and, like Barcelona, also has more than 100 active smart cities projects. But some of those projects have a different feel. For example, in a partnership with the local energy company, Wien Energy, Vienna included citizens as investors in local solar plants as contribution to the city’s 2050 renewable energy objectives. It has also had a strong focus on citizen engagement in addressing affordable housing and gender equality. Vancouver led one of the most ambitious collaborative strategy making initiatives by engaging 30,000 citizens in the co-creation of the Vancouver Greenest City 2020 Action Plan. And Barcelona recently completed an innovation project (called BCN Open Challenge), where the city posted six challenges and leveraged a private platform, Citymart, to solicit ideas from local and global citizens and innovators.

Smart Cities 3.0 is not just for cities in the developed world, either. It is impossible to discuss Smart Cities 3.0 without discussing another Latin American pioneer, Medellin. Winner of the Urban Land Institute’s Innovative City of the Year Award, Medellin has focused on urban regeneration from the bottom up by engaging citizens from the city’s most vulnerable neighborhoods in transformative projects such as the cable car and electric stairs projects and new technology-enabled schools and libraries. Medellin has recently expanded its commitment to citizen innovators by supporting the develop of an impressive innovation district (Ruta N) to attract and retain entrepreneurial talent.

Smart Cities 3.0, as Medellin has demonstrated, appears to be grounded more in issues of equity and social inclusion as well. The emergence of sharing cities is one example where cities are providing the enabling conditions to allow local sharing activities to emerge. While massive, venture capital backed platform companies like Airbnb and Uber are not necessarily consistent with Smart Cities 3.0 visions, many other projects such as Repair Cafes, tool lending libraries for performing repairs to your home, and bike-sharing services have the potential to not only optimize underutilized resources but also raise the quality of life for all residents. Cities like Amsterdam and Seoul seem to be taking the early lead in promoting sharing activities amongst citizens and fostering sharing startups as well.

I recently presented this framework for the different smart cities generations at a smart cities event in Brussels and one of the first questions I received related to how cities move in and out of the different generations. My response is that I believe some cities literally go through all phases over time. Kansas City seems to be a city which has been progressing from Smart Cities 1.0 directly to Smart Cities 3.0. It was the first city to win the right to partner with Google to install Google Fiber throughout the metropolitan area. My sense is that this was really a Smart Cities 1.0, technology driven initiative from the beginning—but the city has pushed through this to embrace changes that explore not only how the government can improve digital service delivery via the gigabit infrastructure (Smart Cities 2.0), but how this infrastructure can serve as the impetus for citizen co-creation and the organic growth of the local entrepreneurial ecosystem.

I also believe some cities start and possibly stay in one of the three generations. Singapore, for example seems to be largely focused on Smart Cities 2.0 and it is hard to imagine city administration fully embracing the more chaotic, democratic approaches to citizen co-creation found in Smart Cities 3.0.

It is probably not too difficult to discern where my biases are towards the future of smart cities. I believe a blend of Smart Cities 2.0 and Smart Cities 3.0 probably represent the best chance for the future. City administrators need to continue to lead by example, supporting the growth of broadband digital infrastructure, wireless networks, e-gov and m-gov services and Internet of things sensor networks.

But all of that Smart Cities 2.0 capability should be increasingly geared towards enabling citizen co-creation and urban entrepreneurship. In a world where companies like Toyota and Tesla freely give away their patents in the hopes of spawning more open innovation, cities need to continue to embrace the innovative capacity of their residents who are able to detect needs before the city administrators can, and who can collaboratively work to fix the problems and improve the city with rapid, cost-effective innovations. Cities must move from treating citizens as recipients of services, or even customers, to participants in the co-creation of improved quality of life.

When it comes to ransomware, you don't always get … END_OF_DOCUMENT_TOKEN_TO_BE_REPLACED

Peyton Carr is a financial advisor to founders, … END_OF_DOCUMENT_TOKEN_TO_BE_REPLACED